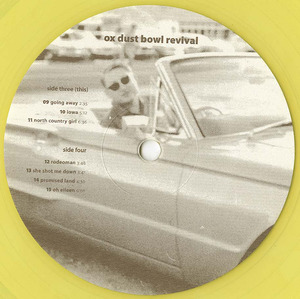 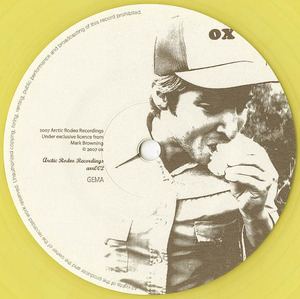 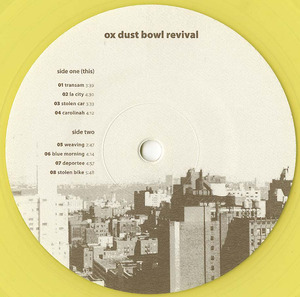 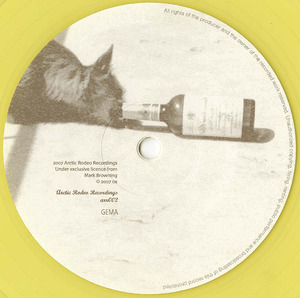 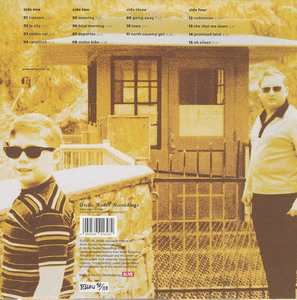 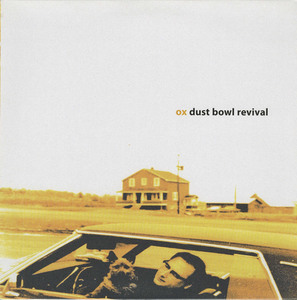 Having apparently tired of going it alone, well travelled Vancouver-based folk troubadour Mark Browning hooks up with a host of other skilled players on this latest full-length and adopts a band name for the occasion, too. Folks like Jesse Zubot (of Zubot & Dawson fame), Royal City alumni Nathan Lawr and Sudbury chanteuse Ruby Loves U lend their talents to the production, which defaults to sparse, dusty Western fare in the spirit of a more straightforward Giant Sand. Browning and the gang rock out occasionally, too, like on the overtly Neil Young-ish "Stolen Car", and its slightly more mellow counterpart, "Stolen Bike". The track "Blue Morning", meanwhile, casts the ensemble in a bouncy, mid-tempo pop hue. Great harmonies, inspired lyrics, plenty of Canadian geographical mentions and no less than three different references to Camaros all contribute to Dustbowl Revival's distinction as a top-notch effort.
-Chuck Molgat, Jun 01, 2003

Dust Bowl Revival is the debut album by Canadian band Ox, released in 2003. The album was released independently with distribution by Scratch. The record was subsequently released in the United States by Second Nature Recordings, in the United Kingdom by 72th Street Records, in Germany by Arctic Rodeo Recordings, and re-released in Canada by Maximum Music. The record reached No. 1 across Canada on the campus radio Earshot chart in August 2003. The album also featured cover versions of songs by Julian Cope and Pink Floyd.