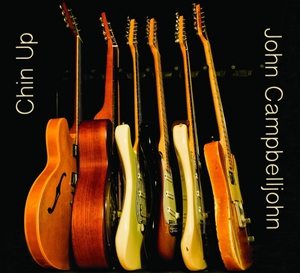 As a young teenager, John took up the guitar and studied blues masters like Fred McDowell, Robert Johnson & BB King, while at the same time was swept up by the “British Invasion” of The Beatles and Rolling Stones. Soon the distinctive sound of the slide guitar captivated him and he turned his attention to artists such as Duane Allman & Ry Cooder followed by the “behind the slide” technique of Sonny Landreth. Eventually he put together a combo, toured relentlessly throughout Canada winning numerous awards and landing international record deals in Europe.

During his career John has been featured on recordings and live shows that include names like Sting, Joni Mitchell, Emmy Lou Harris, Leonard Cohen, Joe Ely, Willie Nelson, Robben Ford & Alvin Lee (Ten Years After) as well as TV productions by Sony Music Entertainment and Showtime Network. Rich vocals and distinctive prowess on the slide guitar has made him a favourite at music festivals in eastern Canada & Europe.

Recently German label ZYX Music/Peppercake Records released Land Of The Livin’ - 25 Legendary Tracks Of JC to a steadily growing European fan base. His first solo guitar/vocal recording Celtic Blues Live In Hamburg soon followed combing acoustic slide guitar blues with a nod to the fiddle style that comes with being a Cape Bretoner.

John is both thrilled and humbled to be added to the Jim Dunlop Artist page along side such greats as ZZ Top, Buddy Guy, Eddie Van Halen, Mick Taylor of The Rolling Stones & Ricky Skaggs, just to name a few. Jim Dunlop Guitar Products is the world’s largest distributor and manufacturer of guitar products and accessories.

John’s sophisticated and progressive approach to song writing gives him a distinctive edge, mixing rock, blues, reggae, celtic & country into his signature style. The result is a sound that can pummel the audience into submission one moment, while captivating them with its subtlety the next.