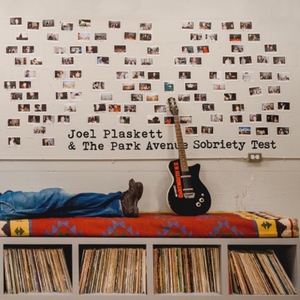 Bill Plaskett likes to tell a story about the early days of the Lunenburg Folk Harbour Festival. He was a young father then, with a new home, and brand-new oak floors. The Nova Scotia festival he’d helped launch was a small affair, and the after-parties were often at his place. One such evening, the acclaimed French Newfoundland fiddler Émile Benoit showed up, parking himself in a corner. He fiddled and stomped all night long.

When Benoit left hours later, he’d stomped the wax and finish right off of the oak floor. The damage was permanent.

So, unbeknownst to Bill, was the influence on his son Joel. More than three decades later, Joel Plaskett has come to embrace the sound – and, more importantly, the spirit of celebration and performance – of the traditional Maritime music he spent his childhood immersed in.

His new album, Joel Plaskett & The Park Avenue Sobriety Test, is a veritable kitchen party. It’s the closest the singer-songwriter’s solo recordings have ever come to the raucous, renowned live performances that have earned him honorifics such as “folk hero” and “national treasure.”

How do you make an album sound like a kitchen party? You throw one. Much of Park Avenue, out Tuesday on Pheromone Recordings, was recorded live at New Scotland Yard, the downtown Dartmouth studio he opened on the heels of his last album, 2012’s Scrappy Happiness. With a supporting cast of nearly 20 people, Plaskett decided to make a record that would be as fun to record as it would be to hear, turning his studio into a personal playhouse. The radio-ready sheen that’s glossed over much of his music since 2005’s Nowhere With You is gone. There are warts, goofs, mike-checks and laughs.

“I knew if I bring everybody into it, if everyone shows up, even if we don’t make a good record, we’re going to have a really good time,” Plaskett says. “That was enough to spend the money to get everybody in the same room.”

Musician Joel Plaskett’s latest album, Joel Plaskett and the Park Avenue Sobriety Test, is a meditation on the forces that can align against you in adult society. (Fred Lum/The Globe and Mail)
The sound of celebration serves as a counterbalance to the record’s delicate material.

On top of familiar Plaskett themes – such as that age-old Maritime story of leaving loved ones behind – Park Avenue is, in large part, a meditation on the forces that can align against you in adult society. After two decades of self-declared suspended adolescence, he’s a father now, and on the cusp of 40. He sings of overdue rent, tech dependence, even phone surveillance. Day-to-day life is starting to feel heavy.

Even the title track, the album’s last, is named after a smashed guardrail in hilly Dartmouth; life can hit you with sharp turns, and sometimes you can’t steer away. You’ve got to deal with your problems head-on.

The Sobriety Test name was coined by Plaskett’s neighbour, Roy Logan, who died after passing on the in-joke. Death, Plaskett has come to understand, is a reality of life, as people around him – like Logan and beloved Halifax musician Jay Smith – pass away. You can hear the realization throughout the record. “Being a dad, you recognize your mortality a bit differently,” he says. “You want to get older so you can pass on some form of wisdom to your child.”

One of Plaskett’s gifts, though, is the ability to blend melancholy with optimism. So while Park Avenue is decidedly dark, listeners will more likely walk away with a smile than a wrenched gut.

“When I first heard the rough demos, I thought the songs were too emotionally down to suit the kind of production Joel had been talking about,” says Toronto singer-songwriter Peter Elkas, a long-time friend of Plaskett’s who performs across the album. “Once we tracked a few of the numbers as the large, harmonious group, I realized that Joel probably knew that capturing and injecting that human connection would tie party balloons to a potentially sad and lonely kid.”

The long guest list reaches far back into Plaskett’s history, and its influence comes across throughout Park Avenue. It’s Plaskett as sponge, wringing out a life’s worth of sounds. The title, if anything, is a dead giveaway: Shorten it, and you’ve got Joel Plaskett & The PAST.

Absent from the record is Plaskett’s father, Bill, who was in Australia during its recording. But he’s there, clearly, in spirit. Six years after helping Joel ease into traditional music on Three, his influence is sprinkled throughout the album, from the front-and-centre fiddles of On a Dime to the cover of Stephen Foster’s Hard Times.

Bill, in fact, taught his son the song, and they occasionally perform it together in concert. Like a scuff on the floor, its world-weary words of sorrow-sharing and frail forms fainting left a mark on Joel; they’re a century and a half old, but their meanings ring true today. And like the rest of Park Avenue, when played with the right people, it can sound downright jolly.

“Some people have told me they think it’s my most melancholy record,” Joel says. “I don’t feel that way, because when I listen to it, I feel a lot of joy in the playing.”

On embracing the East Coast’s take on traditional folk music mid-career: “When it feels right, it feels right. There’s no other way to say it. I love those melodies and I love that instrumentation – when it isn’t corny. But that’s a subjective aesthetic taste.”

On adopting a son and becoming a father: “One thing about becoming a parent is, a lot of the small stuff that I previously would have been stressed out about – you get frustrated from touring, or you’re tired or in a bad mood – it puts all of that in perspective. I’m so lucky to play music, and play music with my friends.”

On the activist influence on Captains of Industry: “I don’t know if that has to do with being a parent or not, but you start worrying about the world that you’re eventually going to leave. … I’ve recently read that Naomi Klein book, This Changes Everything, and I thought the way she writes about activism, and the importance of it, was kind of inspiring.Climate change is a human rights issue at a certain point.”
-Globe and Mail