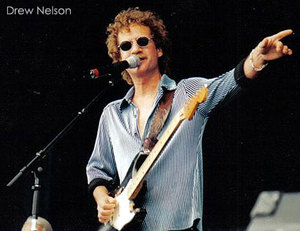 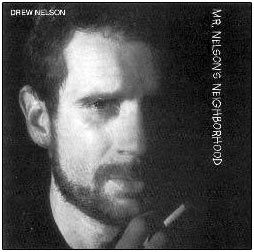 Drew Nelson is a Canadian blues singer, songwriter, guitarist and recording artist. Nelson is particularly known for his slide guitar playing. He has been playing professionally for over thirty years.

Drew Nelson has based his music career primarily in Ottawa, Ontario. His professional career commenced in the 1970s, particularly as a result of his association with the late blues singer and harmonica player Back Alley John (d. 2006), where Nelson was the lead guitarist in and co-founder of the Back Alley John Revue. Both Nelson and John were instrumental in developing the career of Sue Foley, whose professional career commenced as a sixteen year-old singer in the Back Alley John Revue.

The Back Alley John Revue, formed in 1980, initially played in Ottawa clubs and busked on the streets of Ottawa during the early 1980s, particularly in Ottawa's Byward Market, playing blues for passersby in front of the historic Chateau Lafayette House tavern. Nelson's solo career commenced when the Back Alley John Revue broke up in 1986, followed by the relocation of John to Calgary, Alberta.

Nelson achieved early success as a solo artist when "Nothing to Show", an award-winning song originally recorded with the Back Alley John Revue and later recorded by the Drew Nelson Band, was selected for inclusion in the 1991 Saturday Night Blues compilation album of Canadian blues music. The album won the 1992 Juno Award for Best Roots and Traditional Album of the Year.

During this period, Nelson and his band played and recorded with Canadian blues artist Dutch Mason. Four songs written by Nelson appeared on Mason's 1992 album, You Can't Have Everything, which Nelson also produced. The album was nominated for a 1994 Juno Award for Best Blues or Gospel Album. Over several years, Nelson and his band either opened or acted as the backing band for such artists as B.B. King, Bo Diddley, Buddy Guy, Junior Wells, Stevie Ray Vaughan, Little Richard, Eric Burdon and Taj Mahal.

After a period of self-imposed semi-retirement, Nelson and a reconfigured band returned to performing in 2009.

This album featured Drew on guitar and vocals and in a variety of combinations on different tracks featured Ross on drums and percussion, Kurt Walther on bass and guitar, Peter Brown on keyboards, Jean Martin on percussion and trumpet, Andrea Karam and M. Alucard on background vocals, Brian Magner and Joe Sunseri on sax, Wild Bill Rowat on trumpet, Guido Guzzo on accordian and Justin Haynes on guitar.