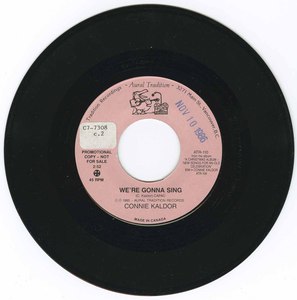 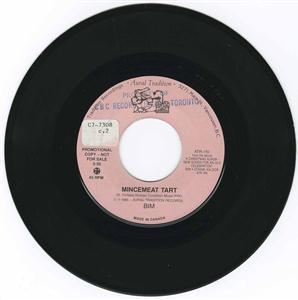 In the mid to late 70s, CBC Radio had a Vancouver based national music show called The Great Canadian Goldrush. The show was good to me, taping studio sessions (one of which became the demos for my first album), many of my live concerts and even giving me my first pre Snap Crackle Pop stint playing records on the radio. (It was a rockabilly record show. During the taping, I suggested that the host, Terry David Mulligan, was a ‘turd’ for suggesting that women couldn’t play/sing rockabilly. Terry was joking, of course, seeing what reaction he would get out of me. The producers left that part in.).

One of the yearly features of Goldrush was ‘Christmas Jam’, taped every December in good old Studio 2. A bunch of us would get together, sing Christmas tunes, tell stories and generally have a lot of fun. Studio 2 would be decorated with a nice Christmas tree with shiny boxes underneath, some munchy goodies and a bit of liquid Christmas cheer. The cast included Goldrush host Terry David Mulligan, ace Vancouver guitarist/ writer (and early mentor to me) Terry Frewer, Valdy, Shari Ulrich and me. The producers would occasionally get some folks in from ‘back east’. The year of Mince Meat Tart, Colleen Peterson and Michel Rivard were the ‘imports’.

I did the Christmas Jam for five years in a row and looked forward to it every year. As the show progressed, it became more and more elaborate so that when we got to what ended up being the last show, in 1980, we were asked to write a new Xmas tune or two. We would have a day to rehearse the show and tape the following day.

Now, in those days, Christmas songs were not considered ‘hip’ by any means but I took on the task and went to work. I came up with a kinda bad but humorous ditty that pointed out the follies of Christmas and how, in the end, it was a ‘pain in the ass’. This was OK but not enough. One late November morning, while a Jimmy Reed LP was playing, I started thinking about Christmas food and realized that Mince Meat Tart (my favorite Christmas treat) would be a great title for a Christmas tune. With musical inspiration from Jimmy, I wrote the song very quickly.

When we got to the rehearsal, I pulled out MMT and, with great trepidation, showed it to the gang. They seemed to like it. Valdy was playing great fretless bass, which added a nice feel. Terry held down the rhythm while I wailed away on my Strat, plugged in to my vintage Fender Champ amp. I’m sure it was Colleen who came up with the great ‘He wants it, he wants it’ answer line for the chorus although it could have been Shari. Anyway, Colleen, Shari, Terry, Terry David and Michel got a great chorus going and the tune was officially born.

Five years later, when Connie Kaldor and I, with the help of Gary Cristall and the Vancouver Folk Festival, decided to do a Christmas album, it seemed only right to include MMT. Connie and Sue Leonard did the ‘he wants it’ parts, and the tune was sprung on the record-buying world.

For those of you who have the Bim/Connie Christmas LP, you’ve probably used James Barber’s mincemeat recipe, included in the liner notes of the record, many times. The recipe has become a Christmas staple at our house. And, Mince Meat Tart has become a staple in my pre-Christmas live performances.

A couple of ‘live’ MMT memories ... the very first live performance of the tune was at Harpo’s in Victoria, close to Christmas, 1980. The crowd loved it and sang along, lustily. The next morning, I found, outside the door of my hotel room, a nicely wrapped box with my name on it. I opened it up to find three nice little mincemeat tarts, just for me. In 1987, Connie and I did a Christmas show with the Vancouver Symphony Orchestra at Vancouver’s historic Orpheum Theatre. We ended the first half with MMT. It was quite a hoot having the Cantata Singers and the players in the VSO singing ‘he wants it, he wants it’. The capper was when some of the ushers, organized by Connie, came down the aisle with large trays of fresh Mince Meat Tarts for the concertgoers.

I’m grateful to Claire Lawrence and Susan Englebert, producers of CBC’s Goldrush, for handing out that writing assignment back in 1980.

MMT is a fun tune that has taken on a life of it’s own, even if only for a few days each year. Enjoy
-Roy Forbes