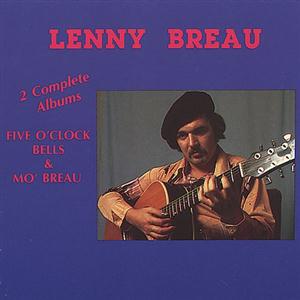 This compilation, consisting of two complete records originally made for the Adelphi label, showcases the talented but troubled guitarist Lenny Breau, whose drug problems caused a rather erratic career, which ended prematurely with his death in 1984. Breau introduces many of the tracks and converses with the engineer while warming up, giving the sessions an informal feel. Highlights include lyrical renditions of "Days of Wine and Roses" and "My Funny Valentine," a lively take on McCoy Tyner's "Visions," and a tasty acoustic medley of Tyner's "Ebony Queen" and Breau's own "Pam's Pad." While Breau's originals are enjoyable, his "Lone Pine" is a barely disguised reworking of "I'll Remember April," and "Toronto" borrows heavily from the mid-'50s Miles Davis composition "Milestones." Still, this is an enjoyable CD that should be picked up before it disappears from sight. ~ Ken Dryden