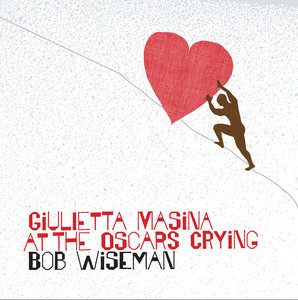 Giulietta Masina at the Oscars Crying

A multi-talented performer releases an album of pop-culture vignettes.

Bob Wiseman is indefatigable. The Juno-winning singer-songwriter has released his 13th studio album. A founding member of Blue Rodeo, Wiseman began working as a record producer in 1985, and his credits since then have included Ron Sexsmith’s debut. His one-man musical, Actionable, directed by Sean Dixon, details his experiences with legal threats in the music industry, and is a prime example of his stubborn insistence upon speaking his mind in whatever artistic medium he’s currently working in.

While he usually favours experimental arrangements and overtly political material, on Giulietta Masina at the Oscars Crying Wiseman has chosen to focus on pop-culture vignettes. The title song—which you can listen to by clicking the sample above—is about the private life and career of Giulietta Masina, wife of legendary director Federico Fellini. The lilting, almost caressing melody lines follow the narrative of her artistic triumphs and personal tragedies (including her miscarriages). Wiseman’s voice is generous and liquid on this track, seeming to cup and hold his subject.

Throughout the record, Wiseman is accompanied by several guest-singers, including Basia Bulat, whose soaring and melancholy vocalizations on “Neil Young at the Junos” play off the more robust piano lines. Each track is an intelligent and probing exploration of its premise, tempered by warmth and a kind of elegant playfulness.
-Natalie Zina Walschots