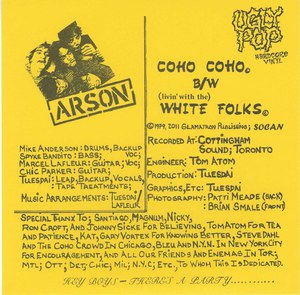 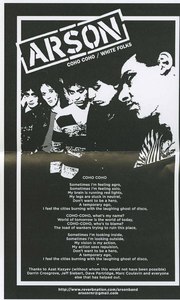 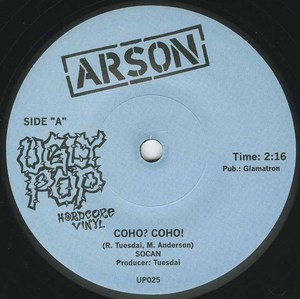 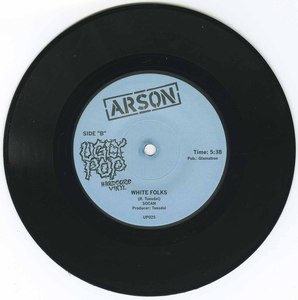 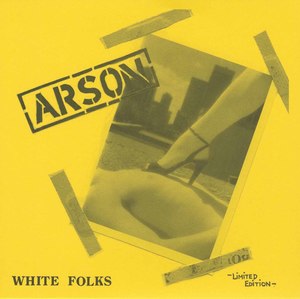 This is the ep originally released by the band back in 1979 on their own Glamatron label. The Ugly Pop re-issue sees the songs flipped so the title track is the B-Side and “Coho Coho” starts out the record. It is a smart idea given the energy to “Coho Coho” is a faster song and as a result stands out because of the energy. But this is the first time I have noticed this crazy effect layered over the entire song. It is like a live wire which is fitting for a band named ARSON. I love the effect.

The song has a particular importance to the band who wrote it after observing an anti-disco rally in Chicago. The crowd was chanting something that sounded like “Coho” and so the band wrote a song about it replicating the chanting part at the beginning of the song.

The title track is a 33 player. It is a longer song and played slower. It reminds me of the DEMICS “New York City” in terms of pace. Rude’s vocals exude an IGGY POP snarl who I have come to learn was an inspiration. “White Folks” is a building critique of the suburbs and Frank Manley breathed new life into the single back in the 90’s through the “Smash the State” series. But there is something about having this as a single which has me appreciating it so much more.
-http://equalizingxdistort.blogspot.ca/2012/03/arson-white-folks-ep.html