Cuff the Duke - In Our Time 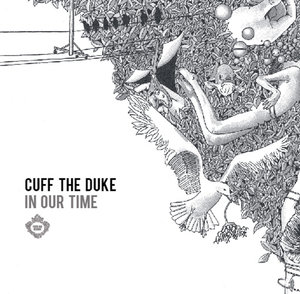 Why the band picked the covers - Written by Wayne Petti:

COLD BLOODED OLD TIMES
Our new record "Morning Comes" is a realization of the years that precede it. Its narrative is in the past tense dealing with loss and the passage of time. We wanted to pick songs to cover that influenced us over the years but would also tie into the theme of our record. Bill Callahan (Smog, in this case) is someone that every member of Cuff The Duke can agree on. His music is a staple in our van. Cold Blooded Old Times has always been one of our favourite songs.

SMOTHERED IN HUGS
I bought the album "Bee Thousand" on vinyl (white vinyl) when I was in high school after hearing it at a party. Up until that point I had never heard anything quite like Guided By Voices. Every song was a "hit" to me. The songs were so catchy and interesting and the production was so lo-fi. From the opening track Hardcore UFO's to You're Not An Airplane it was four track gold to me. The song that grabbed my attention the most that night at the party was Smothered In Hugs. It's one of those songs that I never get sick of hearing to this day. We recorded our version live off the floor...vocals and all and our friend Bob Egan played the pedal steel.

ALWAYS LOOKING
A friend of mine, who works at a record label, got an advance of Only In Dreams by the Dum Dum Girls. He knew I was a fan and passed it along to me. (I should mention that I did buy it on vinyl when it was released a couple weeks later.) We had started working on some covers so I played a version of Always Looking, for the rest of the guys, that I thought we could try. They suggested putting a totally different feel to it. The result was a version of the song that we all thought was very much our own. Instead of the heavier garage pop sound of the Dum Dum Girls it was a bit more of an "Up on Cripple Creek" kinda vibe.

I HEAR YOU CALLING
I picked up a reissue of "The Time Of The Last Persecution" by Bill Fay at Soundscapes in Toronto on the recommendation of my friend Jay, who works there. We left on a tour a few days later and the end the entire band was a Bill Fay fan. The song that struck me instantly was "I Hear You Calling". Cuff The Duke started in Oshawa which is a city about an hour east of Toronto. It's kind of like Canada's version of Detroit, minus the Motown. General Motors was the main industry in town for decades. It's a working class blue collar town. When Bill Fay sang the line "All my time is lying on the factory floor" it really resonated with me. Even though I hadn't personally worked at GM I knew many people that did and as that way of life (factory work) seems to be coming to an end in North America the song takes on an even greater to me.

INSTANT KARMA
There aren't many bands out there that aren't in some way influenced by The Beatles. They are also a pretty tough band to cover. Doing a John Lennon song seemed just as sacred but we also felt that Instant Karma was a song we all loved so much that we had to cover it. We decided out of the gate that we wanted to do a faithful version. Not really try to reinvent the song or anything. In our opinions, it's such a great song. If we did it any other way we would just sound bad and besides we really just enjoyed playing it like it is.

THE DIAMOND SEA
We're all fans of Sonic Youth but I have to say, for the record, that they are easily my favourite band of all time. Their uncompromising ability to express themselves through there music and art is unparalleled. Even their more "mainstream" records sounded like nothing else being made at the time. When we were deciding what songs to record I made sure that there was a Sonic Youth song in the running. When I suggested The Diamond Sea everyone was on board. Washing Machine was another record that I bought when I was in high school. I think I listened to it for two months straight. Sonic Youth changed the way I thought about music in every way. I'm proud of our version. We tip our hat to the original but also put our own spin on it.