Deep Dark Woods - The Place I Left Behind 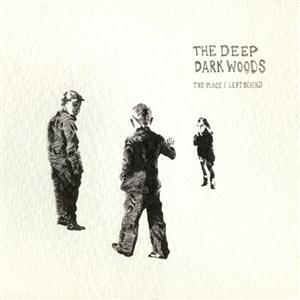 The Place I Left Behind

There isn’t a band in existence that I’ve evangelized more than The Deep Dark Woods. I have recommended them to family and friends and nearly all have fallen in love with the warm folk sounds produced by these Canadians. I was on a business trip not long ago and it was the most turbulent flight of my life. I’m typically a great flier, but this one had me thinking the worst. I looked at my iPod and thought, “If this plane were to go down, what would I listen to?” Surely I’d crank up some good tunes as the ground/mountain/water drew near. Without much thought, I scrolled to The Deep Dark Woods and put all their albums on shuffle. That’s sort of how I feel about this band.

Like all their albums, The Place I Left Behind jumps a step ahead of its predecessor in their incredible discography. The band specializes in crafting devastating and haunting ballads, mostly inspired by a time long past. Or if the subject matter is based on current events, the sound is deeply rooted in the foggy forested landscape of rural Saskatchewan where the band calls home. It’s a sound that is uniquely The Deep Dark Woods – owned by the band and their namesake in a more literal sense. The songs sound as if they are whispered in the pines, shrouded in the foggy breath of a lonesome drifter.

The album’s title track holds up as one of my favorites and features everything I love about the band – Ryan Boldt’s fingerpicking and lazy vocals, Chris Mason’s bass guitar and falsetto harmonies, Burke Barlow’s meandering Spaghetti Western guitar, Geoff Hilhorst on keys, Lucas Goetz holding percussion on drums, and then an added session violinist that soars the song to new heights. It’s enveloped in cold lyrics about a rambler that holds no love but for “the place I left behind.”

Later, “Virginia” showcases organ, pedal steel, more fiddle, a warmer melody that belies the story of a desperate man yearning for the love of a woman that exploits him for her own gain. “Sugar Mama” kicks the tempo up a bit as a foot-tapping country-western porch song. Don’t go puttin’ on your dancin’ shoes though. “The Ballad Of Leopold Canal” enters the fray as one of the more magical war songs I’ve heard. I exchanged emails with Ryan about the inspiration for this song once and he said:

"I saw a documentary on SCN television here in Saskatchewan. It showed a bunch of Canadian soldiers talking about this battle. After I heard one soldier say “Thousands were dead in the Leopold Canal” I couldn’t help but write a tune about it. As far as I know we (Canadians) aren’t taught about the battle in school. But to be honest, I didn’t really listen in class. I was usually day dreaming about being in the Grateful Dead or playing guitar in Bob Dylan’s band."

The song will have you diving into Wikipedia for the historical context.

“Big City Lights” and “Oh What A Life” are stripped down arrangements, lyrically comprised mostly of chorus but there’s nothing else needed. The songs are gorgeous. “Ballad of Frank Dupree” is another standout on the album and I had also discussed this one with Ryan:

"As for Frank Dupree, that’s just a murder ballad that I made up. It’s based on no real events. I just love the structure of a good murder ballad. A fellow repenting on the gallows before he dies, telling the story of how he murdered the person and than warning everyone to stay away from the evil bottle of liquor because it will lead to murdering your wife or girlfriend. Something like that."

If you read this blog, then you probably have an ear for roots music – folk, alt-country, Americana, what-have-you. If you don’t own albums by The Deep Dark Woods yet, your life isn’t as good as it could be. Absent any income from this music blog endeavor, it’s bands like this that inspire us to keep blogging. As far as people go, they are the best group of guys I’ve met since starting HearYa and I fully intend to take them up on an offer to go ice-fishing one day in Saskatoon. Who’s with me?

Below you’ll find a free download for “West Side Street” and some tracks from our live session with The Deep Dark Woods. And if you missed our session of cover songs with them, make sure to download those tracks. You’ll find a great traditional song called “Peggy-O” and a cover of Bruce Springsteen’s “Factory.” The Place I Left Behind was released yesterday via Sugar Hill Records. It’s near the top of my list of albums released this year.
-Oz, hearya.com