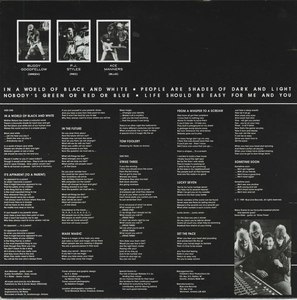 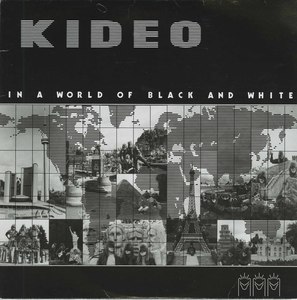 In a World of Black and White

Who Doesnt Remember The Famous Kideo Guys. They Taught All Us Kids About Rock & Roll!

They starred in a little-known low-budget Canadian children's TV show, entitled Kids Can Rock And Roll. The purpose of the show, among other things, was to teach kids that they could, in fact, rock and roll. And with names like Ace Manners, Buddy Goodfellow and P.J. Styles, you knew they meant business.

You might have noticed that the guys look like a cross between Kiss and a box of children's crayons. Presumably this was because it was a kid's show, but tried to pass itself off as "radically rad" and "totally tubular".

Kids Can Rock and Roll was a children's television program that aired from 1993-1996 on Canada's Global Television Network. It was produced by Children's Hour Productions in association with Global. Following its run on Global, the series ran for a further two years on the YTV children's cable channel.

The show featured the rock band Kideo, which consisted of Buddy Goodfellow on bass/vocals, Ace Manners on guitar/vocals, and P.J. Styles on drums/vocals. The band members wore KISS-like make-up, and each member dressed in a different colour: Buddy was green, Ace was blue, and P.J. was red. They also wore matching coloured hair and masks.

In each episode, the band members performed various activities with the intent of teaching the young viewers a certain moral, often regarding proper manners. Additional segments in the show included "Air-Robic Rock", Kideo Eye-View Movies, and Fan Mail. Each episode featured four original rock songs for kids, including a live concert video.

What set Kideo apart from many other children's groups was that they wrote all their own songs, and played their own instruments. They released three albums entitled "Kids Can Rock And Roll" (1986), "In A World Of Black And White" (1989), and "The Name Of The Game" (1993).