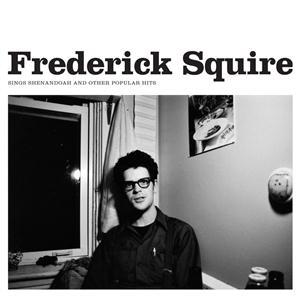 Timing. Observation of the human condition. Historical appreciation. These tools are essential for any folk song writer worth his salt, but a classic story teller must instinctively know when details should be embellished for impact or empathy. This seemingly required skill is one Frederick Squire lacks, or maybe simply chooses to ignore. Instead, it’s the unwavering honesty and unfiltered self-awareness he gives his characters that makes his songs so consuming.

In Frederick’s mind, nothing is too personal to be sung; no thought too dark or insecurity too exposing. So even when he details the unfortunate repercussions of a man hell bent on binge drinking and self-destructive confrontations (“Every Dollar Bill Could Kill Me”), you realize there is no hint of remorse or glory in the drunken fisticuffs. For these four and a half minutes, life is, as it should be, nothing more than what it is.

Even as Frederick crafts gripping fictional tales of the Black Donnellys (“Lucky Number Seven”), it’s hard to see where fiction stops and Squire starts. Instead of a historical retelling of the tragic events, Squire focuses his emotions on the husband of a child born to a woman that still loves her jailed Donnelly man. The sadness of an unloved man trying to keep an unwanted baby warm through the nights after his wife kills herself is almost too painful to hear, and offers a glimpse at a chilling perspective of how Squire views love. It’ also shows a touching sympathy for which most don’t give Squire credit.

His last record, the powerful March 12, was built on similar honest reflections that extended much past broken hearts or philosophical ponderings and challenged love to prove its worth. Looking back almost a year later, the most remarkable thing about March 12th was even as it was steeped in tradition and subject matter as final as death, Squire viewed it as a spontaneous moment that could be put back on the shelf and forgotten. I can’t speak for Frederick, but it’s hard to listen to Sings Shenandoah and Other Popular Hits and not feel like he wants this document to stand the test of time.

Open and sparse, it seems fitting that as he portrays a series of conflicted characters, Squire refuses to ask for help or support. Harmonies are minimal, and seem only to be added to prevent the porch from collapsing, but for the most part it’s a guitar or an organ, and Fred’s thoughts. Squire’s questions are personal, his insight honest and remarkably grounded, but all are offset with genuine hints of optimism (“even a sinking ship has a chance to survive”) and beauty (the swooning harmonies of the hope filled look at society, “The Human Race Can Be A Very Nasty Animal”). Squire has made his fair share of mistakes, and even as he wants to be a better man, he knows he will make more. That sad enlightenment is the gift Squire brings through song.

Sings Shenandoah and Other Popular Hits is another worthy addition to Frederick’s canon, and now an integral part of this country’s folk music fabric. Basically, in his own way and on his own terms, Squire has evolved into a new version of the classic folk poet. He tells stories we want to hear but never live through and talks of pain we want to feel but never suffer, but instead of spinning feel good endings, Squire constantly reinforces that even as we try to get better, things just might not. Instead of clouding our lenses with rose pigmentation, Squire fine tunes our prescription helping us see clearly. That’s the voice the people really need to hear.
-herohill