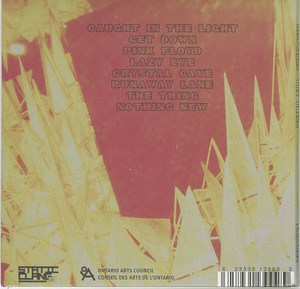 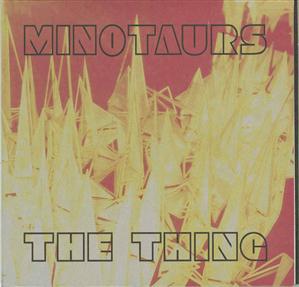 After spending years keeping his true musical passion at bay, Nathan Lawr transcends indie rock for the Afrobeat-inspired funk grooves of The Thing. As a drummer for Royal City, Feist, Jim Guthrie and FemBots, among others, Lawr has exhibited remarkable feel, infusing the most seemingly straightforward white rock beats with swing and panache, as though he was all but dancing in his seat. His approach is partially due to his deep interest in the music of other cultures ― a United Nations of rhythm flows through Lawr's brain, even if much of his collaborative efforts and folk rock solo work haven't drawn from it. With the gifted hands and encouragement of producer and fellow drummer Don Kerr, Lawr has thrown caution to the wind, rebuilding his Minotaurs into an all-star jazz funk orchestra whose soaring horns, sunny guitar stabs and bouncy rhythms are meant to shake you up and get you down. Gone are the doe-eyed romantic platitudes of a charming rascal, as Lawr has instead tapped into his nuanced thoughts on socio-political causes and issues for subject matter. The result is a curiously dark set of songs, which are packaged in ass-shaking, instrumental cases, subtly parcelling out joy and rage in ambitious swoops. Engagingly provocative lyrically and stirring musically, The Thing is Lawr's uncompromising masterwork.
-Vish Khanna, exclaim.ca

The Thing by Guelph, Ontarios Minotaurs is one of those albums that ought to grab attention from the get-go. The first track, “Caught In The Light” is a slinky little number that warrants turning the lights down low and dancing naked in the kitchen with your favourite other. Then just when you think its time to hit the hay, “Get Down” kicks in seamlessly and messes you up with its chunky warm horns and sly beat. This is slick as ice, groove-heavy music that belongs to all the dance crazy light-footed fairy folk in the world. With their quirky rhythm and horn-heavy vibe they could rock a stage at Shambhala just as easily as the mainstream stage. Casting respectful nods to African rhythms with a bit of indie-rock roots thrown in for fun, Minotaurs’ music is tricky, sexy, smooth-like-jazz and ultimately a very easy pill to swallow. Singer Nathan Lawrs voice taps into an almost Thom Yorke-like timbre and glides flawlessly alongside gorgeous instrumentation such as on tracks like “Lazy Eye” which is jumpy and flighty while “Crystal Cave” plods along like an old ghost: hissing, frothing, howling and stomping its way through a strange feverish dream. The Thing is one heck of a good album that got me moving in the first few notes, and an album that rightly should put the Minotaurs on the map as a definite go-to funky party band.
-Nathaniel Bryce, Discorder