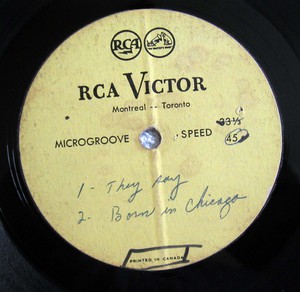 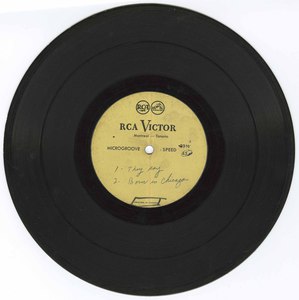 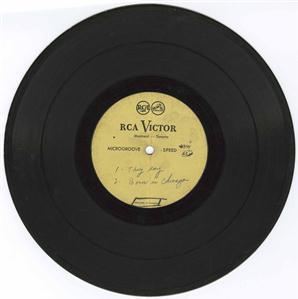 Formed by Normand Boucher in Pont-Viau, Québec in 1963, Les 409 took their name from the Brian Wilson, Gary Usher and Mike Love penned 1962 Beach Boys song "409", the flip side of "Surfin' Safari". And with the Denis Pantis produced "They Say b/w Born in Chicago", Les 409 cut one of the best garage two-siders of all-time, arguably the best in Québec. "They Say" is a long-hair 409 garage original. Their punked-out rendition of "Born in Chicago" stands above The Paul Butterfield Blues Band version.

The Haunted, Les Sinners, and Les Lutins all recorded entire solid garage albums in Québec in the 60's and with this type of quality, there is no need to draw comparisons of the top 5 Québec garage singles. Les Lutins "Je Cherche", Les Sinners "Nice Try", Les Fléaux "Gloria", Les 409 "Born in Chicago", Les 409 "They Say". Nothing equally compares to "They Say" and "Born in Chicago" together - it's tough to decide which is better! "Even though Les 409 recorded the songs in english, people in Québec still consider them to be a french group", quips Gilles Lefranc, Montréal record dealer. He goes on to say "I think the music of Les 409 has no language, just feeling – it's a different version than the commercial recording, it would have been better with a different guitar solo, but it’s what exists".

Gilles was able to hunt down the unique one-sided acetate 1966 recording, a rougher and slower version that was rejected by RCA prior to the band being signed to the Télédisc label. Gilles likely pissed off a few fellow Québecers by sending this one-of-a-kind artifact to it’s new home in Calgary, Alberta. Gilles thinks this is the only surviving copy, making it the rarest Québec garage artifact in existence on the planet. The commercial recording has sold for as much as $250. This acetate recording is priceless but I can’t think of any reasons why this shouldn’t be valued any less than the Fringe EP.

This acetate will be framed and will sit next to The Fringe EP. We thank Gilles for preserving this magnificent historical find bringing Canadian and Québec culture together.
-Robert Williston
Museum of Canadian Music
mocm.ca