Calder, Kathryn - Are You My Mother? 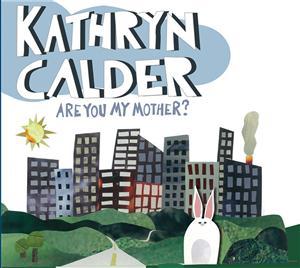 Are You My Mother?

Loose, casual, lo-fi albums like this-- the debut solo effort by Neko Case's New Pornographers substitute Kathryn Calder-- often succeed or fail on the strength of their vocal performances. That is especially true of Are You My Mother?, on which Calder's soft, sugary voice is rarely bolstered by more than a few tinkling piano keys or some understated guitar figures with only an unobtrusive tambourine or a shaker to keep time. Her delicate, chirpy tones (reinforced on two tracks by Case's sassier voice) are placed far out front in the mix, which not only points the spotlight squarely at her singing but can also make the instrumental arrangements seem out-of-focus and indistinct in the background. Luckily, though, her voice is interesting-- ceaselessly cute at times, washed-out and wispy at others, but always intriguing.

On New Pornographers songs like "Sweet Talk, Sweet Talk" and "Failsafe", Calder always plays the part of the dreamy ingénue, and though her voice will never be mistaken for "smoky" or "knowing," she certainly takes a different role on these solo songs. There is still levity in her voice-- a crisp, bright alto that's reminiscent of Jenny Lewis'-- but it has far less bounce and naivety here. Without Carl Newman's big, juicy hooks to buoy her, you can hear the sadness in her darker colored tones (appropriate, since the album was made during Calder's time caring for her terminally ill mother) and the emotional quiver of her more whispery takes. Which is all well and good, except that the best pop songs thrive on hooks, and while Newman is a heavyweight champion, Calder is still only in training. Most tracks (except the scene-stealing "If You Only Knew", which is bolstered by unfussy hand-claps and a ramshackle Celtic folk song melody) lack the contagious crackle and power-pop snap of her work with the New Pornographers.

Colin Stewart's production, however, almost makes up for a lack of memorable melodies. The album was made in an improvised studio that Calder and her producer created in her childhood home, and its setting adds an intimacy and an off-the-cuff quality to many of the songs. The anything-goes percussion (including sounds made from banging on tissue boxes and plucking piano strings) on "Slip Away" or the comparably lush male backing vocals and earthy mandolin on "Follow Me Into the Hills" sound as if they were made on the spot.

Despite lots of lovely touches-- namely the haunting singing saw on "Arrow" and the goosebump-inducing harmonies on the painfully intimate "So Easily"-- the album feels slight. Perhaps this is due to the sparseness of the arrangements or melodies that slip away before you can grasp them. As a member of a group, Calder is clearly used to having help fleshing out her compositions, and Are You My Mother? makes it clear that, when it comes to songwriting, she could still benefit from the aid of a larger collective.