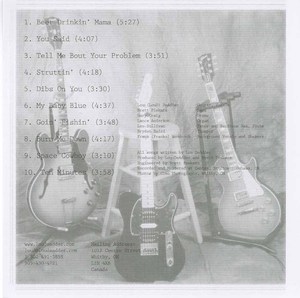 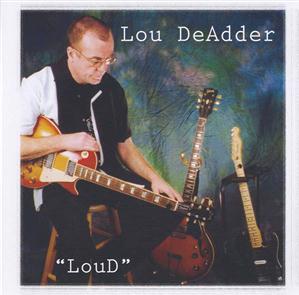 When Canadian guitarist and singer Lou began playing back towards the end of the sixties, he was influenced by Jeff Beck, Johnny Winter, Jimi Hendrix, Jimmy Page, Eric Clapton, and Mike Bloomfield, so it should come as no surprise that he describes the music he played as ‘rocking blues’. Fast forward a couple of decades (during which time he played with a variety of bands playing a wide range of music) and he adds Albert Collins and Stevie Ray Vaughn to the list, before discovering the music of Robben Ford a little later.

This set finds Lou backed by a skin-tight outfit of organ, bass and drums, plus a couple of hornmen and a backing singer, and he defines this CD as a return to his roots. Hopefully that initial paragraph should give most readers a good idea of what to expect: the set opener ‘Beer Drinkin’ Mama’ is an attractive, totally accessible, guitar driven, good-timing opening blues (very nice backing vocals) and the next track ‘You Said’ seems about to follow the same course, with its riffing guitar intro - but then it takes off into a slightly different direction, with jazzy licks emphasised by some dirty trumpet playing and even a flute! Some of the material is rather more conventional, including the powerful shuffle ‘Tell Me ‘Bout Your Problem’, the straightforwardly jazzy blues ‘Dibs On You’ and the classic riff-riding blues-rocker ‘Burn Me Down’. These are however offset by items such as the funky big band sound of the instrumental ‘Struttin’, and rather less successfully to my taste, the country-ish, showbizzy ballad ‘My Baby Blue’. The proceedings wind up in admirable fashion with the cool slow-to-mid tempo strut of ‘Ten Minutes’.

Full marks to Lou for a varied and always interesting CD, with plenty of excellent guitar work and a raft of intelligent, original songs. This is well worth checking out.
-Norman Darwen