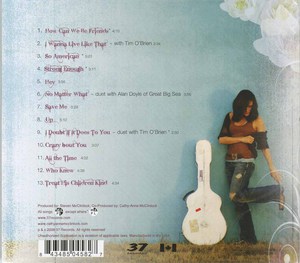 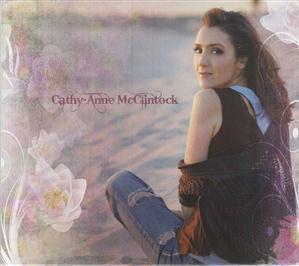 On November 18th Cathy-Anne McClintock and the Valley Boyz were awarded Musical Group of the Year by the LA Music Awards. Cathy was nominated for Americana Folk Song of the Year and Artist of the Year earlier in the year.

Cathy-Anne McClintock’s self-titled debut solo CD is stunningly produced by McClintock, who spent many years in Canadian bluegrass band Tumbleweed, and award-winning songwriter/producer Steven McClintock... The songs on the album and live show are honest and memorable, including “How Can We Be Friends,” “I Wanna Live Like That,” “Crazy Bout You” and her softer,gentler version of “Strong Enough” that Sheryl Crow made popular. This beautiful Canadian living in the U.S. seems to have already won a ton of awards internationally. “Who Knew” is another song of Cathy-Anne’s that made me wish I knew about this talent long before now, however, it definitely won’t be the last we see of her.
-Diane Foy

Cathy-Anne McClintock and her husband/producer Steven McClintock were long time Nashville residents who have been living in California for several years now. She has also been a longtime favorite on Canada's country and bluegrass scene. This wonderful collection of 13 acoustic songs features Cathy-Anne's soulful alto soaring over well-constructed melodies and lyrics. Highlights include the song "I Wanna Live Like That" with Tim O'Brien and "Up", a song lovingly dedicated to Cathy-Anne's mother. "Crazy Bout You" is Cathy-Anne at her playful best, backed by Steven's sensational arrangement.
-Phil Sweetland