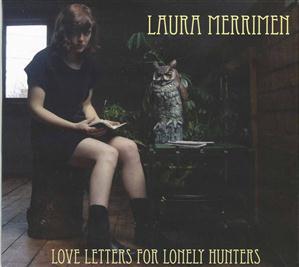 Laura Merrimen is an old soul who wears her Americana drenched heart on her sleeve. Keeping true to her roots she infuses a blend of rock and roll know how with an old-timey country and pairs it with catchy melodies and smoky sometimes haunting bluesy vocals. Some have compared Merrimen to a female Bob Dylan or Neil Young, others to Lucinda Williams and Neko Case, but you can't put your finger on it, the sound is uniquely her own. She is a prolific writer who delivers soulful thought provoking lyrics that are steeped in honesty and raw emotion. Laura's debut album 'Love Letters For Lonely Hunters', engineered and produced by Brad Conrad, has been nominated for two Nova Scotia Music Awards this year including country recording of the year and best female recording. Currently she is preparing to head into the studio to record her sophomore album for the second time in Dartmouth N.S., this time around with Brian Murray. "Must be something in the water over there...Dartmouth just makes good records" says Merrimen with a wry smile. In the mean time, she has just released an independent music video online shot by Ronok Sarkar of her song 'Another Line' in support of the debut album. Live performance highlights include opening for Elliot Brood, Deep Dark Woods, Cuff the Duke, Matthew Barber, and Michael Bolton at the Metro Center.