Swift, Thom - Into the Dirt 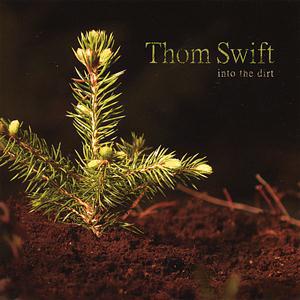 Swift is a member of the 2007 Canadian Maple Blues Award-winning and East Coast Music Award-winning trio Hot Toddy. With six albums to their credit and a career that spans over 12 years, the group is a regular on festival scenes. They have played the prestigious Newport Folk Festival in the United States, the Blue Balls Festival in Switzerland, the Vienna Jazz Festival in Austria, along with many Canadian jazz, blues and folk festivals.

"The album is something I’ve wanted to do for some time," says Halifax-based Swift. "It was amazing how things came together when the time was right."

From the brawny groove of the title track "Into the Dirt", which takes a dark look at the inevitable cycle of life, to the infectious ragtime-inspired guitar work showcased on "Hackett’s Cove Rag", to the country-roots feel and dobro highlights of "Crying Shame" to the uplifting stride piano piece "My Sweet Baby You", this is an album that will engage all who listen.

“This album is about change and awakening. That’s just life. When something changes, something new begins,” reflects Swift.