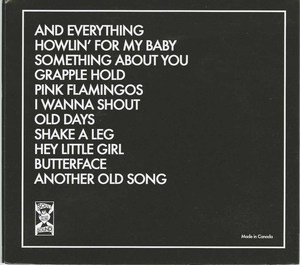 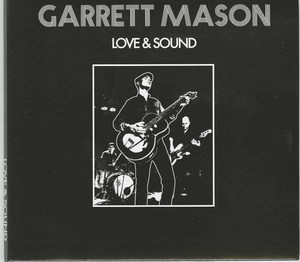 Garrett Mason is a true bluesman at heart. He was raised in Truro, Nova Scotia by his mother Pam, and father, veteran Canadian Bluesman Dutch Mason. His quest to become a blues musician started at a very early age; being surrounded by blues music, Garrett’s favorite tapes at 3 years old were Canned Heat and Buddy Rich. What really sealed the deal for Garrett to become a blues guitarist came after watching a video of Stevie Ray Vaughn Live At the El Mocambo, he was hooked.

His dad, Dutch Mason, stopped playing guitar before Garrett was born due to crippling arthritis in his hands. Although he was not able to teach his son to play, he has certainly been able to teach Garrett the structure of the Blues and to influence him about the resulting sound. Surrounded by his father’s peers, Garrett has had the benefit of hearing and learning from a wide variety of musical talent.

The late Rick Jeffery was a great inspiration to Garrett; they would talk and play for hours together. Rick once said “Garrett is the only guitar player I know that can play Albert Collins’ style down to a T.” The combination of his father’s advice, Jeffery’s guidance and his own natural talents provide that special brew for Garrett to become the musical influence he is destined to be.

Garrett would be the first to tell you that riding the coat tails of others won’t take you very far in this business, but striving to be truly original is the secret to longevity and lasting success. Garrett launched his debut CD I’m Just a Man at the 2004 Harvest Jazz and Blues festival in Fredericton, NB to a sold out crowd.