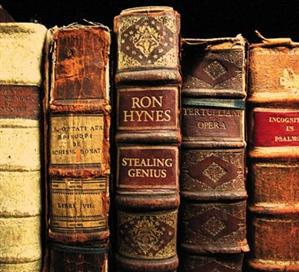 Many of the songs on the Stealing Genius CD were composed while Ron was on a writing retreat at Woody Point in western Newfoundland. Inspired by works from some of his favorite authors and poets (including Michael Crummey, Stan Dragland, Randall Maggs, Donna Morrisey, Al Pittman and Des Walsh), Ron Hynes has crafted a collection of remarkable songs that not only echo a life in Newfoundland and Labrador, but resonate with people everywhere. The release of Stealing Genius comes hot on the heals of the world premiere of “The Man Of A Thousand Songs”, a feature-length documentary, of which Hynes is both subject and star. Directed by acclaimed filmmaker Wm D MacGillivray and co-produced by Terry Greenlaw (Picture Plant) and Jordan Canning (Get Set Films), the film premiered to capacity crowds at the Toronto International Film Festival and subsequently garnered Atlantic Film Festival Awards for Documentary, Director and Audience Favorite. The film is scheduled for television broadcast on Super Channel beginning Oct. 18. Best known for his folk classic Sonny’s Dream, Ron Hynes is a six-time East Coast Music Award winner, a Genie Award winner, and a past JUNO, CCMA and Canadian Folk Music Awards nominee. Recipient of the 2008 SOCAN National Achievement Award for songwriting career success, Ron holds an Honorary PhD from Memorial University for his contributions to the cultural life of his beloved Newfoundland and Labrador. “Ron Hynes is a grand voyeur in this rough, sweet life, a melody writer of the first order, a story teller, a philosopher, a poet and a kick-ass performer that makes my hair stand on end.” Donna Morrisey, author of Sylvanus Now