Murphy, Joe - She Moves Me 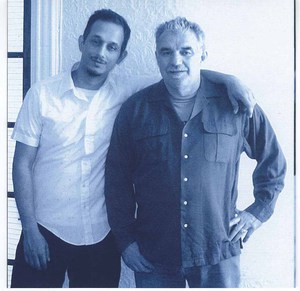 Joe Murphy - She Moves Me 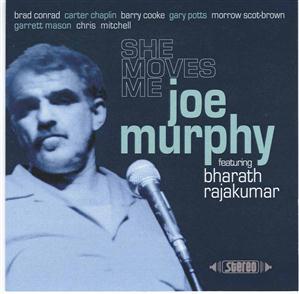 "Joe Murphy is a maritime blues legend. He has played with every bluesman and woman of note in the Maritimes and in Canada, with legends like Pinetop Perkins, Otis Rush, John Lee Hooker and contemporary greats like Kenny Blues Boss Wayne and Jumping Johnnie Sansone. Joe’s weekly Saturday afternoon gig at My Fathers Mustache has been going strong for 20 years, and there’s good reason for this: it’s brilliant. Joe is at the center of the performance with his tight band of veteran musicians, with a variety of people sitting in from time to time. The atmosphere is warm, everybody’s having a good time eating, drinking and dancing. it’s as good as anything that ever happens on a TBS night at George’s… and you know we wouldn’t just say that!

Two years after his heart surgery, Joe has released his third album featuring Montréal’s Bharat Rajakumar on harp. The album is a loving tribute to the traditional Chicago sound of the 50s and 60s and is a mixture of live and studio recordings including some decade-old tracks rescued from the CBC vaults. The approach is down-home and simple yet the music is intense and heartfelt. The last track is a Murphy original entitled Hard Rain, that tells of the deaths of two Halifax women who Murphy taught while in the school system, and who died while trying to extricate themselves from the sex trade in Halifax. This is low-down, gut-buckett stuff, and as with all good blues, simultaneously affirms life even while lamenting it. So come out and celebrate a true Maritime treasure…we promise he will blow your post-holiday blues away!"

For more on the band please visit: http://www.bluestube.com/joemurphy