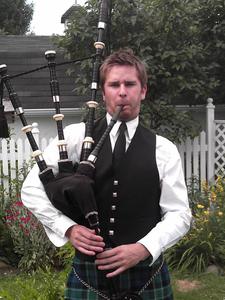 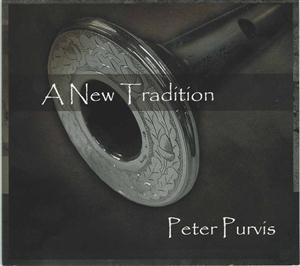 This album showcases the Highland pipes, Small pipes, Uilleann pipes and the Irish Whistle mixed with the contemporary sounds of the guitar, piano and drums to create a very unique, energetic and modern sounding album.

Peter grew up in the small village of Merrickville, located in the Ottawa Valley, Canada. An area famous for its fiddle players, step dancing and maple syrup. He began playing the Highland pipes at the age of 12 and began playing the Uilleann pipes and Irish whistle at the age of 16. Growing up, he had great opportunities to play with some of Canada's finest pipe bands and receive lessons from some of the best known pipers in the world. It was these lessons from elite pipers at a very young age that helped to mold him into the player he is today.

Peter has an accomplished solo career, he has won several championship supreme titles in North America as well as gold medals in both light music and Piobaireachd at the North American championships. His solo career took him to Gr.1 before taking a leave from competitions to play with the international-touring band, Gaelic Storm.

He has been playing with Gaelic Storm full-time since 2004 and has played venues with artists such as; Barenaked Ladies, Sara McLachlan, Collective Soul, Better Than Ezra, Sister Hazel, Great Big Sea, Lyle Lovett, Hanson and the Chieftains.....