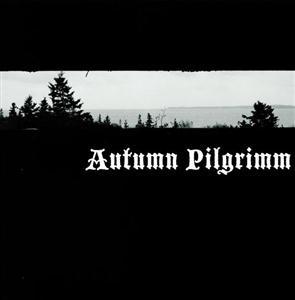 Autumn Pilgrimm was formed in the late summer/early fall of 1994 and was made up of five members coming from the industrial area of Cape Breton.

Their first studio recording was done live and took place after only jamming together three times (These three songs appear on their 2005 self titled album). In October of 1994 they played their first show at the now famous Gobblefest in Sydney, Cape Breton, and took the audience by storm. With their intense stage performance and all original song list they quickly gathered up a cult following and became a local favorite. They "... incorporate rock, Goth, and heavy metal influences for a full booming assault on the senses."

Momentum continued to grow. It was at their fourth live performance at the No Cases (a venue organized to give attention to acts who didn't get a showcase at the East Coast Music Awards running at the same time) that they got the attention of EMI Canada. In a radio interview the next day the EMI rep was said to have commented that Autumn Pilgrimm was better than anything coming out of America at the time! Autumn Pilgrimm was also enjoying attention from record producers, record labels, other bands, and university radio stations both in Canada and in the USA.

Autumn Pilgrimm, after gaining the management of a local radio personality, continued to do well on radio charts, and in reviews, and returned to the studio two more times to record a total of thirteen live original songs for the planned full length album. Unfortunately problems and dysfunction within the band were slowly gaining influence. By the summer of 1995 John and Bill had left the band. With two of the original members gone, the rest of the band reluctantly decided to call it quits.

The self titled cd scratch demo released in 2005 is the one that was never finished when the band was alive. Unfortunataly, the original studio tapes could not be found for the making of this cd.