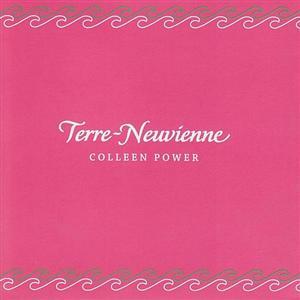 Colleen Power's first full-length French recording, “Terre-Neuvienne” is the first full-length francophone recording produced by a Newfoundlander. Since its release, Colleen has performed exclusively in French, at the Festival du Vent in St. John’s, on CBC Radio-Canada’s Brio and at the Place des Arts in Montreal as part of SACEF’s Decouvertes Series.

"Colleen is one of the best songwriters we've ever had around here." Current Magazine, St. John's, NL

Info:
Colleen Power is a singer/songwriter from Freshwater, Placentia Bay, Newfoundland. She is best known for her clever lyrics, irresistible melodies and disarming stage presence. Colleen's debut album, "Lucky You Are", earned her Female and Alternative Artist of the Year at the 2001 Newfoundland and Labrador Music Industry Awards, as well as three nominations at the 2002 East Coast Music Awards (ECMAs) and radio airplay across Canada and the Eastern U.S.A.