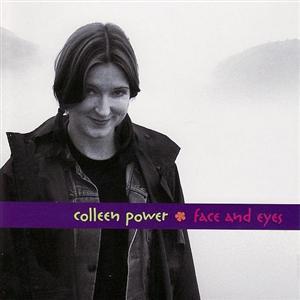 Colleen Power is a bilingual singer/songwriter best known for her witty lyrics, irresistible melodies and disarming stage presence. Her debut CD, “Lucky You Are”, released in 2000, helped establish Colleen as one of Canada’s premiere songwriters. She won Female and Alternative artist of the year at the 2001 Music NL Awards and was nominated for three East Coast Music Awards in 2002. Colleen’s sophomore CD, “Face and Eyes” was released in December 2004 to rave reviews. It won her a 2005 Music NL Award to add to her collection, as well as two 2006 East Coast Music Award nominations.

Colleen’s songs, in both English and French have been featured on the CTV Alliance/Atlantis series “The Associates” and in feature films such as “The Breadmaker” and “Making Love In St. Pierre”. Her engaging live performances continue to captivate audiences from coast to coast. Her frank and funny lyrics have made her a favorite of festivals such as the Stan Rogers Folk Festival and the Newfoundland and Labrador Folk festival.

Colleen has performed alongside such wonderful songwriters as Joel Plaskett, Daniel Lanois, Fred Eaglesmith, Pamela Morgan, and Ron Sexsmith. She has appeared on several Canadian television and radio programs such as Much Music’s Going Coastal, CBC Radio’s Definitely Not the Opera, the ECMA Awards Show and the ECMA Songwriter’s Circle. Colleen’s first full-length French recording, “Terre-Neuvienne” is now available, and is the first full-length francophone produced by a Newfoundlander.

Colleen Power's award winning CD 'Lucky You Are' is still catching the attention of many ears in Canada and abroad. Now, over four years later comes Colleen's second release, 'Face and Eyes'. Never to be pigeon holed, Power's 13 track CD contains songs of different genres in English and French. The CD was produced by Colleen Power and Don Ellis and features many talented Newfoundland musicians.