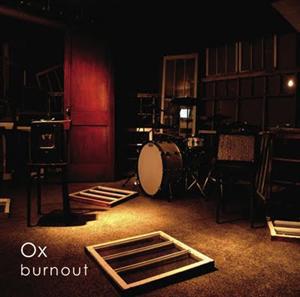 Led by Mark Browning, along with whoever appears within his loose musicalcollective, Ox (the band) flows in and out like the random, trung out riffs and instruments that support Browning's drawling vocals.

But Browning is more than the core of Ox. For years he was the ground-up guy: the one booking gigs, getting his records to radio, and winding up cards after the last note had rung out. He was also the ground-down guy: touring Canada and the UK in the most basic mini-van manner, waking up in frosty campgrounds and on strangers' floors. If Ox has a vibe that feels like the downside of high, it's been earned even as it has paid off: their first album hit number one on campus radio charts across the country, a feat not accomplished by an independant artist in more than a decade.

Browning believes that rock is meant to be real, not clever. His songs are the black and white snapshots from a dropped camera; the picture you didn't know you took until the roll came back from developing, the bored face of the former prom queen behind the drive-through window.
-from 2010 Calgary Folk Music Festival Program

You can buy their music directly from the artist here: www.oxmusic.ws