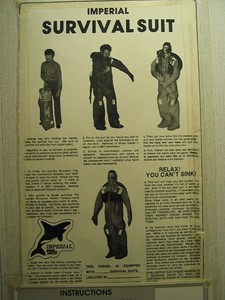 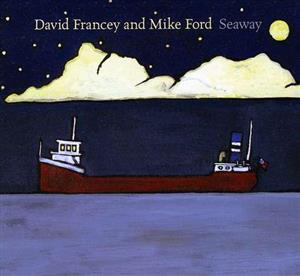 Ever since I first saw the big boats plying the Saint Lawrence River I have been drawn to watching their passage. I never cease to be delighted – small wonder I took my love there!

Before its present wall of condominiums, Toronto was a city well connected to its bustling harbour. But a young teen can still ride down to the water’s edge and look up at the big Salties (ocean-going vessels) and Lakers that call, can still wonder at their next destination, and muse upon a less landlocked life still on offer.

Talk to Simon Van Galen for just five minutes and his fascination with diesel engines will make itself known. He saw his first at 12 years of age beside the Zuider Zee in the Netherlands and is still most at home below the water line, amid the heat and noise of the engine room.

Every lake boat you see represents twenty or so high-paying sailing jobs, from deckhand to cook, engineers to officers – none of which you’ll hear about in a high school career opportunities class or on university recruitment day. Their work is hard, relentless and quite thrilling, and their cargos are every bit as central to our lives now as the day the modern Seaway opened, half a century ago.

The Algoville arrived at the steel mill docks in Hamilton Harbour with a load of taconite ore from Port Cartier, Quebec. Our arrival set in motion a continuous effort to unload as quickly as possible. It was a stunning industrial landscape of belching steam, molten slag, and a taconite rain pouring down from the unceasing gantry cranes high above.

Heading up into Lake Huron, you leave behind the Blue Water Bridge that connects Sarnia, Ontario, to Port Huron, Michigan. The next evening might find you at the western end of the Lake, winding up the St. Mary’s River, one of the Great Lakes’ most captivating spots. Along here a homesick Laker crew can see right into the familial glow of the dining rooms of the homes on shore. The river takes you into Sault Ste. Marie, and it is said that this lock was the most heavily guarded spot in North America through World War II – so crucial was the iron ore shipped from Duluth to the industrial east for tanks, planes, guns and ships.

Upon arrival in the New World in the 1800s, immigrants would often make their way to Buffalo, NY. The luckier ones would then board a packet steamer for passage to the Lakehead. The other option was a long dusty trek westward by land. The title of the song is taken from an advertisement of the day reflecting the enduring sense of adventure and optimism of the era.

This song begins at Greenock on the River Clyde in Scotland, where my family and I boarded an ocean liner bound for Montreal. Like thousands of other immigrants, the St. Lawrence River welcomed us to the New World.

A song inspired by Steyne Samuels – a big-hearted and wise veteran seaman from Trinidad by way of Montreal. With great eloquence he shared his tale, one echoed in the circumstances of most of the crew – hard-working sailors who endure nine months of this isolated life every year to support the families from whom this work separates them. All the more reason to make every movement skillful and sober on these lake boats, so that at season’s end they may arrive back safe and sound into the arms of their loved ones.

A song for my grandfather who long ago, en route from Montreal to his future in the Motor City (Detroit), worked digging canals between Lake Ontario and Lake Erie. He told my father that he quit after seeing one too many of his friends fall to their deaths on the empty canal bottom.

Third Mate Greg “Bowser” MacRae was one of the most interesting people I have ever met on my travels. He is a big man with a big heart, as at home on the Lakes as he is on his farm on Cape Breton Island, in Nova Scotia. He told me his life story, and this song is the result.

There is a rugged camaraderie on a lake boat – a surface layer of humorous mutual derision that, while integral to morale, cannot obscure the dead seriousness of the whole crew’s interlocking responsibilities and intertwined fate.

Lead vocal: David Francey, Backing vocals: Mike Ford, Craig Werth, Guitar: Mike Ford, Bouzouki: Craig Werth, Violin: Geoff Somers
Ashtabula, Ohio, was once both a thriving port replete with a ship-building industry and a railhead for the trains winding their way northward from the coal fields of Kentucky. Ship building on the Ashtabula River ceased when boats increased in size as the Seaway grew, but the coal terminals remain.

Being on a ship on the Seaway is a feast for both the eyes and the ears. The constant wind song, the castanet clacking of winches and latches, the humming and whirring of myriad mechanical systems, the ever-present rumble of the great engine and the other-worldly whistles, hailings and bleeps on the bridge add up to a sonic environment like no other. This was the audio backdrop to a startling revelation: after four decades of living near the great lakes, it finally dawned on me that the Eighth Wonder of the World was right in my backyard: the Seaway.

The inland Sea's history reveals an almost endless inventory of shipwrecks. The Lakes can be merciless, and in the opinion of many a sailor they are capable of wreaking more havoc than the oceans. While today’s huge Lakers and Salties are equipped with a litany of modern safety devices, the thrashing of autumn winds and waves has not lessened. The big boats still twist and bend, and the hull rivet caps can still shear off like bullets in the pounding.

The final entry in the log book at the end of each watch on the Algoville reads: “All navigation lights burning brightly.” These words not only describe the ships that sail the Seaway, going about their work unintimidated by darkness, weather or distance – they also provide a metaphor for life.