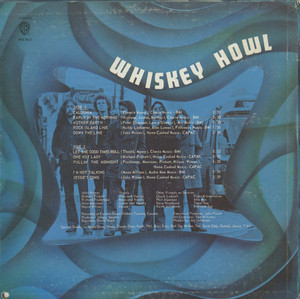 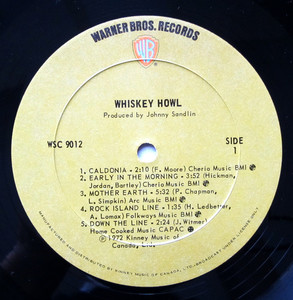 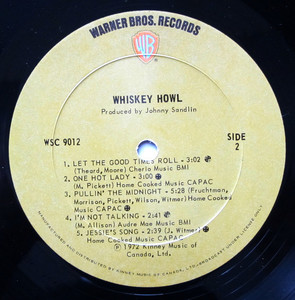 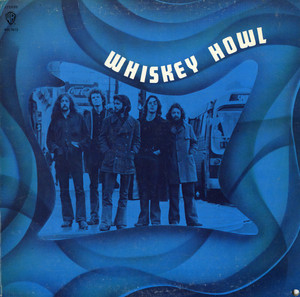 Toronto, Ontario blues band Whiskey Howl was formed in early July 1969. They were signed immediately by the Fredrick Lewis Agency in Toronto. Their first gig was three weeks later at the Night Owl Café on July 28, 1969. Their second gig was opening for Edward Bear and future rock legends Led Zeppelin at The Rockpile (aka The Masonic Temple). This was followed by opening slots for McKenna-Mendelson Mainline, Screaming Lord Sutch, Paul Butterfield and then Johnny Winter at Massey Hall. In November 1969 they taped a performance of their own song for a ‘Rock 1’ TV special on CBC-TV. They also backed up Big Mama Thornton for her segment of the show. I was broadcast in January 1970. That same month Whiskey Howl opened shows for Jazz drummer Elvin Jones, followed by two late-month performances with Chuck Berry U of T’s Convocation Hall. In February they performed at promoter Richard Flohil’s ‘Blue Monday’ concert show at Massey Hall opening for Bobby Blue Bland, Buddy Guy and Lonnie Johnson. The Toronto Rock Festival at Varsity Arena was held March 26, 1970 and Whiskey Howl would share the spotlight with the likes of Canned Heat, Small Faces, The Amboy Dukes, and The Zombies among others. Finally, in April 1970 the band went into Toronto Sound recording studio to capture material for a demo. By the summer they were back on the road in Southern Ontario with BB King. After a shift in personnel through 1971, Whiskey Howl would eventually be signed to Warner Brothers Records in 1972. The self-titled debut was produced by Johnny Sandlin (The Allman Brothers Band) and featured Allman Brothers keyboardist Chuck Leavell. The band would split up within months of its release. Sporadic reunions would come and go but a new line-up featuring Witmer and Pickett was captured for posterity when they recorded their May 8, 1981 show at Toronto’s El Mocambo; vocalist John Witmer later moved on to Downchild Blues Band, then relocated to the west coast and formed The Belairs, followed by The Fabricators. He passed away in July 2004; Wilson went on to be in Mike McKenna And The Assassins and Downchild Blues Band.
-with notes from Brock Gillis and Wayne Wilson
Canpop Encyclopedia