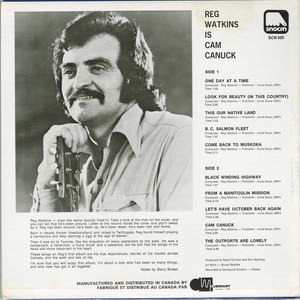 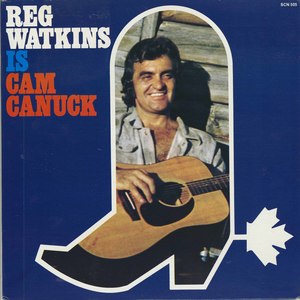 Reg Watkins hails from Heads Harbour, Newfoundland (pop. 1102 in 2001). Heads Harbour is on Triton Island (formerly Troy towne Islands), a small fishing community which has the Triton’s Seafood processing plant. A few hundred years earlier, this area was inhabited by Beothuk. It was also the location of the HMS Antelope shipwreck (Captain John Cartwright), who was searching for Beothuk when shipwrecked back in the 1700's.

Yet another great Newfoundland recording on the Snocan label, a very small and short-lived label in the mid-seventies, with around 20 or so lp titles and 140 or so 45's, which featured all-Canadian artists.

The album was produced by Ralph Carlson and Ron Sparling and was recorded at Carlsound Studios, Ottawa.

Later on in the 80’s, Cam teamed up with Loretta Cormier for 2 albums on the Lone Raven label, but these are Cam’s first recordings.
-Robert Williston