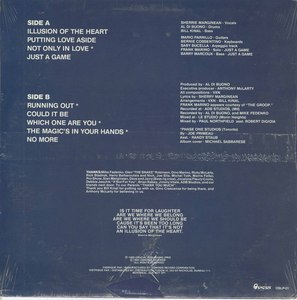 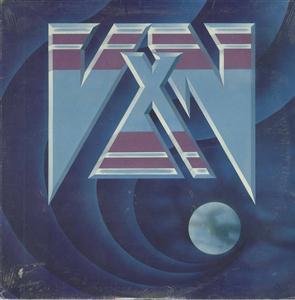 from a freshly opened sealed copy, this is as good as it will get until the album is officially re-issued. The master tapes have been lost so it may never happen. also go here for the rare single: http://mocm.ca/Music/Title.aspx?TitleId=319326

'Illusion Of The Heart' opens the album with the kind of raunchy start that reminds me Liz Larin, this track is killer with a massive chorus coupled with huge vocals from Sherrie Mariginean. VXN on the strength of this track should have been massive, I mean this is much better than some of the material that the likes of Lee Aaron put out, this track is like Heart crossed with Pat Benatar and is very catchy and at the time should have been all over the radios thanks to its commercial AOR keyboard edge, and almost 20 years on the song still actually sounds fresh and exciting.

Next is the excellent 'Putting Love Aside' that has a heavier punchier guitar edge and reminds me of Chrissy Steele, Saraya and Heart, the vocals are very sexy and the song is very catchy and driving. 'Not Only In Love' is a superb AOR ballad whereas 'Just A Game' is a raunchier kick ass fun track again reminding me of Liz Larin, put male vocals on this track and it would sound quite like the Eric Martin Band. 'Running Out' is pure AOR/pop rock aka Pat Benatar and Ruby Faith, where as 'Could It Be' is more of the same and again reminds me of Pat Benatar along with Cindy Cruise and Vixen and is amore catchy melodic rock.

'Which One Are You' is a kick ass track, very raunchy with a strong Pat Benatar, Dalbello, Heart feel. 'The Magic's In Your Hands' is super AOR, this track is like Saraya and is one of the best songs on the album. Sherri's voice sounds amazing. 'No More' is even heavier and kicks more ass, this is very good with killer vocals and shit hot shred work from Marrio Pariello.

Frank Marino guests on one track but not sure which one and VXN recorded another album in 1987 called 'Stick To Your Guns' which is even harder to get and something I would love a copy of. Sherri has pretty much disappeared from the face of the earth since VXN, a shame as this lady can wail with the best of them. However bassist Bill Kinal evolved into an engineer working on many albums over the years, drummer Bernie Cossentino is also still out there working with artists such as Matt Laurent and Julie Lafontaine.

Not Only In Love, Running Out, Which One Are You, and The Magic's In Your Hands recorded at Phase One Studios in Toronto by Joe Primeau, assisted by Randy Staub