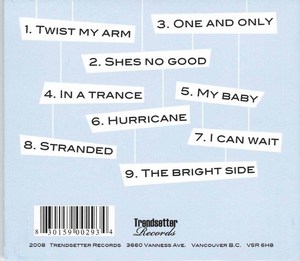 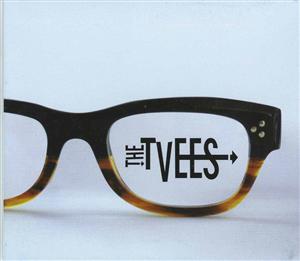 This trio captures the spark and young-man rebellion and go-go dancing of the good mid 60's (and mid 50's) without sounding like they're trying to, which is a rare and nigh-impossible feat. ...Imagine the Kinks, Chuck Berry and the Sonics dressed in their spiffiest...and finger banging a school bus."
-Dave Bertrand, Skinny Magazine

...The TVees ordered us all to get up and dance and damn did we ever! This was the first time I'd seen The TVees and they put on a wicked set of fast, catchy, Costello-esque rock. They've only been together for less than six months so catch them now before they make it big in Japan.
-Janelle Pramberg (Mongrel Magazine)

"The bouncy bass rhythms and bright catchy hooks kicked me ass-backwards about three decades, back to an age when mushroom haircuts were all the rage and everyone dressed like a prep school bookstore clerk. It was just the kind of thing to get us all moving. Easily one of the best indie live acts Vancouver has to offer, and immediately approachable, meaning they’re just as likely to get your mom all hot and bothered as they are your sister in junior high."
-Benjamin Luk

The TVees are undoubtedly one of the best bands that our (vancouver) garage scene has to offer and they continue to prove it everytime they play. They slayed at the Media Club that Saturday early evening. Kyle McQueen played the shit out of his guitar, while singing fast, sexy 60's sounding songs like "MY BABY"." ....."Hello Vancouver, this is one of your best bands, and the CD is a must have for your house parties!
-Tanya Harding, Skinny Magazine