Tessier, Peter - By Turning a Knob 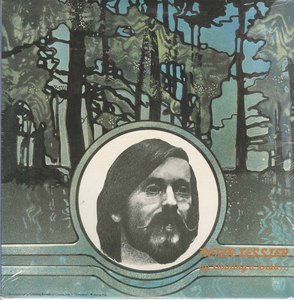 Peter Tessier - By Turning a Knob 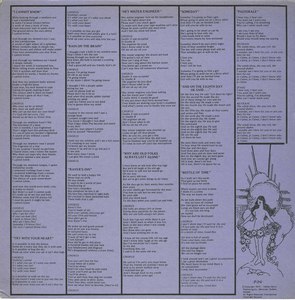 Peter Tessier - By Turning a Knob gatefold inside 01 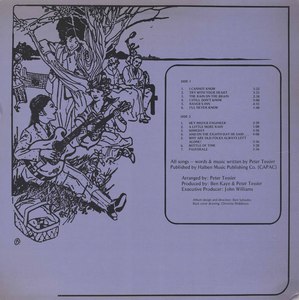 Peter Tessier - By Turning a Knob gatefold inside 02 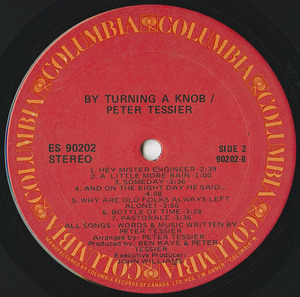 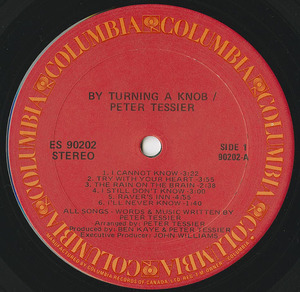 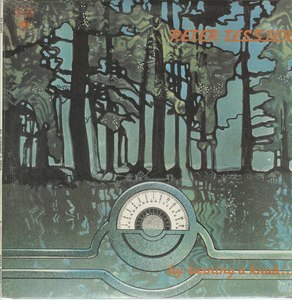 By Turning a Knob

This is arguably the best psych rock album recorded by a Canadian in Canada. Peter Tessier's "By Turning a Knob" is the most legendary Canadian albums ever recorded in Canada. Canada certainly has it's fair share of legendary psychadelic folk recordings; but this one stands above all others. When you drop the needle on this album, you become mesmerized by its beauty. You are drawn into its emotion. It has great cover art, by Bart Schoales. Back cover has a portrait sketch of Tessier by Christine Middleton. Arrangement by Peter Tessier; Produced by Ben Kaye and Peter Tessier; Executive Producer: John Williams.

Prior to the release of this album, Peter Tessier provided the sound Engineering for the Melchior Alias ST LP on Capitol 70024, which was released in 1969 as well as Sebastian - Rays of the Sun, released on MCA 7001 in 1969 and also for the Life self-titled album on Polydor 2424 001 and Sheila Graham's self titled album on CBC, both released in 1970.

After the release of this album, his only solo effort, Peter went on to provide Sound Engineering for Morse Code Procréation LP on Capitol 70046 and he produced the André Gagnon Neige LP on London Records SP 44252, both in 1975.

... mellow / ominous [=funk?] deep bass w/ skillful use of reverb -- more toward the Dark Side of the Moon flavo[u]r than the Jeffersonian Airplane musically. Has that genuine spacey sound tho...