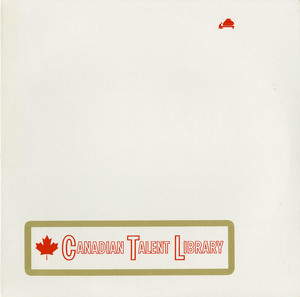 Ray St. Germain - With the Hames Sisters BACK 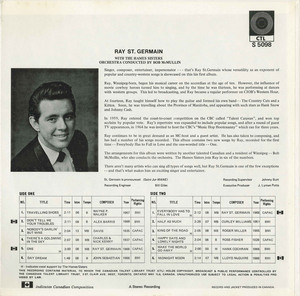 Ray St. Germain (b. 1940) Ray St. Germain is one of Manitoba’s best known Metis singers and songwriters. He the Program Manager at NCI-FM and hosts both a “drive home” music program and the Métis Hour on NCI (Native Communications Incorporated) Radio.

Ray is proud to be Metis. He is a great-great nephew of Pierre St. Germain (b. 1830), a member of the 49th Rangers, the armed Metis scouts who accompanied the British-Canadian Boundary Commission when they surveyed the international boundary between Canada and the USA (1872-1874). He is also a descendant of Anne McGillvray1 the daughter of Simon McGillvray a North West Company partner and the man who initiated the amalgamation of the North West Company and the Hudson’s Bay Company in 1821. Anne McGillvray was married to Joseph St. Germain (b. 1820) and Joseph was the brother of Pierre St. Germain of Boundary Commission fame.

Ray, through Rose Hamelin (b. 1857 and married to Simon St. Germain), is a descendant of Solomon Hamelin (1810-1893) who was a member of the first—and only—Legislative Council of Manitoba, appointed in 1871 and abolished five years later. He is also a relative of Pierre St. Germain (1790-1870), a Metis voyageur of mixed Dene and French-Canadian ancestry who served for nine years with the North West Company, two and one-half years (1819-1822) with the first Franklin expedition and then twelve years with the Hudson’s Bay Company.

Ray started in show business at the age of 14, entertaining people at talent shows and singing wherever they would let him. When he was 16 he was asked to join a travelling radio show western band. At 18 Ray won a Cross Canada CBC Television Talent Contest called “Talent Caravan.” He notes, “That started me on a career hosting television shows for the CBC that lasted for more than 10 years.”

In 1978 Ray wrote, produced and hosted a series of television shows for Global Television which won the Can-Pro Gold Award for “Best New Variety Show.” The series was renewed every year up to 1990, some 200 shows over thirteen years and it was syndicated nationally.

Ray was the writer-host of the “Time For Living” series on CBC’s National Network, he has numerous other CBC credits as singer, writer, producer and host. The “Ray St. Germain Show” was asked to entertain the troops overseas. travelling to Germany, Israel and Cyprus, Ray continue to perform live shows at Casinos, Fairs & Exhibitions.

In all, he has participated in over 500 television shows, done an Armed Forces Tour under the auspices of the United Nations and toured 34 Aboriginal communities on two separate occasions. He won the Can-Pro Gold for the best variety television show in 1978 and the Aboriginal Order of Canada has honoured him for his contributions. He is a recipient of the Metis Order of the Sash from several Metis communities. He has won many awards from the Manitoba Academy of Country Music Arts Inc., including, Top Recording Artist (1978) Entertainer of the Year (1978 and 1980), Best Male Vocalist and Best Song (1989) and received their Award of Excellence in 1986. He is well known for giving freely of his time and talent to many charitable causes and their telethons.

His autobiography, I Wanted to Be Elvis, So What Was I Doing in Moose Jaw? was published by Pemmican Publications in 2005. Ray currently works as the Program Manager at NCI-FM and hosts two radio programs, “The Road Show”, and, “The Metis Hour x 2”. He can also be seen hosting the "Rhythms of the Metis", on the Aboriginal Peoples Television Network (APTN). He also provides the voice of the bear on the childrens series “Tipi Tales” for Meeches Productions, which currently airs on the Treehouse Network & APTN.
-Lawrence Barkwell, Coordinator of Metis Heritage & History Research Louis Riel Institute