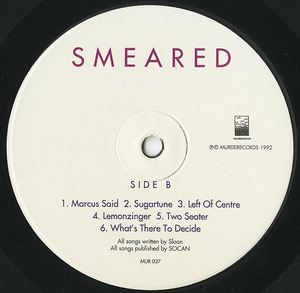 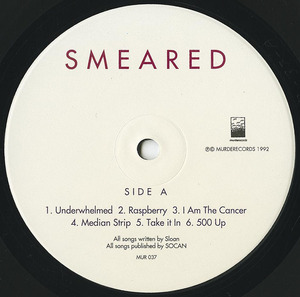 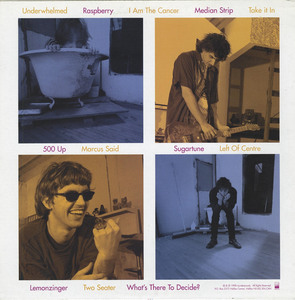 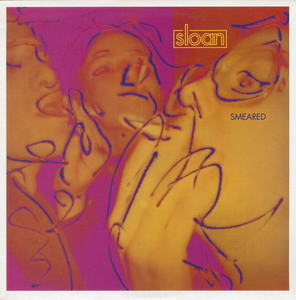 Smeared is the debut studio album by Canadian rock band Sloan. It was released in Canada on October 1, 1992, and in the United States in January, 1993, on Geffen Records. The album was recorded at a low cost of $1,200. The album is ranked 86th in the 2007 book The Top 100 Canadian Albums by music journalist Bob Mersereau and is widely considered a seminal album of Canada's 1990s alternative rock scene.

Like their first release, the Peppermint EP, Smeared received comparisons to Sonic Youth and Beatles. Three songs from Peppermint re-appear on Smeared; one of these ("Underwhelmed") was entirely re-recorded, while the other two ("Marcus Said" and "Sugartune") are the same recordings with new mixing. The band had originally intended to name the album Gluegun.

Music videos were produced for the tracks "Underwhelmed" and "500 Up", with both receiving moderate rotation on MuchMusic in the early 1990s. Jennifer Pierce, of fellow Halifax band Jale, sang backing vocals on "I Am the Cancer".

Sloan's debut album, Smeared is a bit of a mess, as the group tries to combine catchy pop melodies with punky rhythms and washes of dissonant feedback borrowed straight from Sonic Youth and My Bloody Valentine records. Those aren't the only two influences that are apparent on Smeared -- references to all sorts of American indie rock, from the Velvet Underground to Nirvana, are scattered throughout the record. Sloan, surprisingly, can harness these diverse influences into a winning combination of sighing melodies and swirling guitars, and while the band's songwriting is occasionally a little unfocused, the best songs -- "Underwhelmed," "Two Seater," "I Am the Cancer," "What's There to Decide?" -- are quite impressive.
-Stephen Thomas Erlewine, Allmusic