Shuffle Demons - What Do You Want 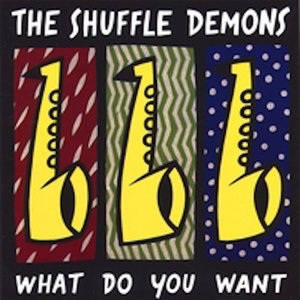 What Do You Want

A blend of live and studio tracks at the height of Demon popularity. The first track starts out soft building into some amazing improv and the music doesn't stop until the closing notes of the crazy title track fade as the Demons leave the stage. This was a transition period for the band, so on the studio tracks, Perry White replaces Mike Murley.