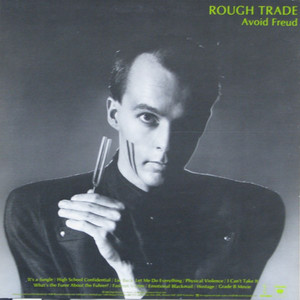 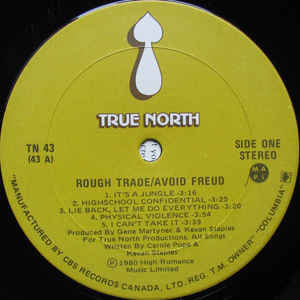 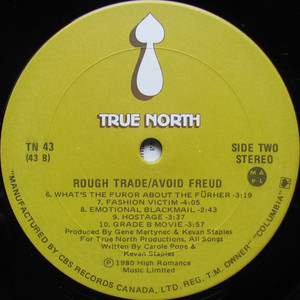 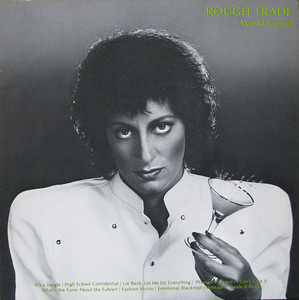 From their meeting at Cedarbrae High School in Scarborough, Ontario, singer Carole Pope and guitarist Kevan Staples began working together as a musical team. In 1968 they worked as a duo in the coffeefouses of Yorkville creating an aggressive brand of bawdy music that would be the precursor to their next career makeover in 1970 as 'O' (named after the book 'The Story Of O') and as the sexually charged Bullwhip Brothers in 1971. As the duo gained notoriety with their combination of pop and sexual politics they began to investigate a full band scenario and by 1975 had formed Rough Trade as a rock and roll version of S & M. With regular gigs at Grossman's on Spadina in Toronto (the only bar that would have them), they began attracting a following from a bizarre cast of social groups ranging from gays, lesbians, performance artists and 'left wing' radicals. However, landing a record deal would not be easy but in 1976, the group caught the attention of Guess Who producer Jack Richardson who experimenting with a new direct-to-disc recording technique and recorded the band 'live' without benefit of a master tape for Umbrella Records (a similar album was later recorded for Toronto band FM). By 1980 they had finalized the band's line-up with Terry Watkins (bass) and Bucky Burger (drums) which culminated in a record deal with Bernie Finkelstein's True North Records. That same year they released the controversial LP 'Avoid Freud' which featured the single "Fashion Victim" and too naughty for radio "High School Confidential" which ended up having segments cut out or bleeped by radio programmers. The album went platinum and between touring and recording their follow-up album they were able to record the song "Shakedown" for the movie 'Cruising'. Their return, 'For Those Who Think Young' (1981), was met with critical success and the record sold considerably on a handful of radio accessible singles this time out. 'Shaking The Foundations' (1982) followed and Rough Trade was beginning to taste the sweet fruits of success. Carole Pope won a Juno Award for 'Best Female Vocalist'. They did an opening slot for David Bowie's Canadian leg of the 'Serious Moonlight' tour in 1983 and managed to land a Pepsi Cola commercial spot, a la Michael Jackson, for the Canadian TV market (subsequently the adverstisement would be pulled after fellow Canadian musician Nash The Slash sued Pepsi for stealing his image for the ad). 1984's Terry Brown produced 'O Tempora! O Mores!' (Latin for Oh, The Times! Oh, The Manners!) featured the single "Sexual Outlaw" and a helping hand from sidemen Jorn Anderson (drums), Howard Ayee and David Piltch. The album was nominated in CFNY-FM'S U-KNOW Awards for 'Best Album Art', 'Group of The Year', and 'Female Vocalist Of The Year' (Carole Pope). But the times were changing and what had once been cutting edge and risque on the New Wave front had been replaced by the video age and Carole Pope's 'bitch goddess' image was beginning wear thin on the less tolerant politically correct urban music scene. Rough Trade split up in 1986 following a 'Best of' which paved the way for Carole Pope's coming out as a solo performer.