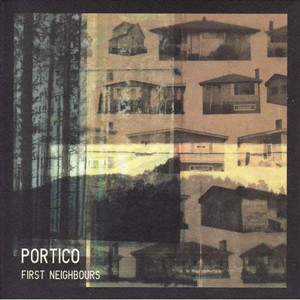 Portico is a hard-working band. They formed in June 2004, played their first show 3 weeks later, and recorded their first full-length album Shape To Form in October of that year. Shape To Form was released in November 2005 and chosen as one of 2005’s best records by Vancouver’s entertainment weekly, The Georgia Straight. In 2006 they recorded their second full-length, Progeny Blues, and released it in 2007 to wide acclaim including “Best Of ” lists in NOW, Zunior, and Wolves, Hawks and Kites, and 12 weeks on the CBC3 Top 30. They’ve toured extensively in Western Canada, embarked on a cross-country tour in summer 2007, played Calgary’s Sled Island festival in June 2008, and have shared the stage with favourite bands both little- and well-known including Chad VanGaalen, Mother Mother, and Pinback.

Portico has a Canada fetish. And why not? Like the land, their music is grand, complex, careful, and beautiful. With song titles like Grande Prairie and Kamouraska, and lyrics that detail everyday existence, you sometimes wonder whether the band set out to make a record or to write a book of short stories. Says lead singer/guitarist Lyn Heinemann: “We tend to champion the underdog, the irresistible sure-loser who no one is rooting for. Unnoticed adoration, boarded up small towns, frumpy ill-fated husbands, that’s what Portico writes about."

Live, Portico is searching for something close to perfection. Expertly intertwined guitar and bass lines and a rhythm section that is “tighter than a hipster's jeans” (herohill.com) show how well these kids know their instruments. With a third album in the works (finished but unreleased), and national tours planned for the spring and fall, Portico is ready to take you on.