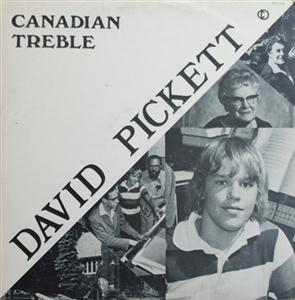 Music has been a part of Fr. David's life since he was a treble, singing in the choir at Holy Trinity, St. George. He competed extensively in music festivals throughout Ontario, was a guest artist with the Brantford Symphony Orchestra and recorded an album of sacred and secular music with CBC Radio as a featured guest of the documentary series "Signature". As a bass/baritone, he has sung with The Cambridge Kiwanis Boy's Choir, The Toronto Mendelssohn Youth Choir, The Ontario Youth Choir, The Faculty of Music Singers of The University of Western Ontario, and London Pro Musica. More recently, Fr. David has sung with "Arcady" (The Former Brant-Norfolk Orchestra and Chorus) and with The Gerald Fagan Singers of London, especially including their 1998 and 2000 tours of Britain and Europe.