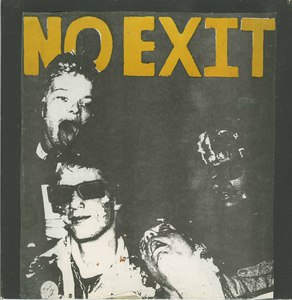 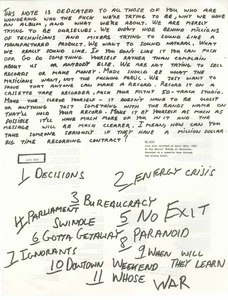 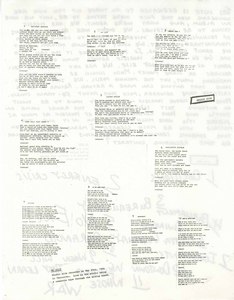 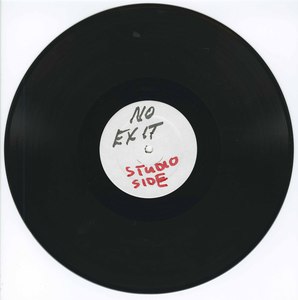 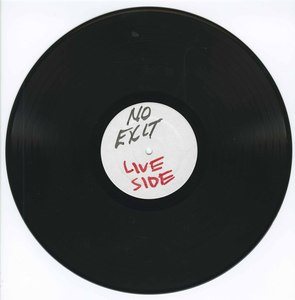 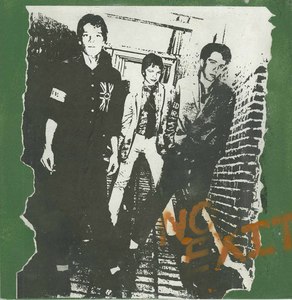 the b side is available here in it's entirety, uncut.

This rarest of the rare hardcore punk masterpieces, rose from the birthplace of Canadian punk, Vancouver, British Columbia. This was the first punk LP released in Vancouver, even before DOA. The DIY album is housed with a zeroxed cover of the Clash record with their own faces and spray-painted "No Exit", reminiscent of Da Slyme, but an even tougher catch. Reportedly they borrowed cash from a local record store. Odyssey Imports maybe? The back side of the cover was a photocopy of the Clash's London Calling LP, with the band members' heads pasted on. The photos were taken by the legendary Bev Davies.

One side of the album is a studio recording, recorded on May 25th, 1980 in Vancouver. The live side was recorded on April 26th, 1980 at the Smilin' Buddha in Vancouver. It's pretty raw - recorded onto a cassette tape through the mixing board.

"This note is dedicated to all those of you who are wondering who the fuck we’re trying to be, why we have an album, and what we’re about. We are merely trying to be ourselves. We didn’t hide behind millions of technicians and mixers trying to sound like a manufactured product. We want to sound natural, what we really sound like. If you don’t like it you can fuck off. Go do something yourself rather than complain about us or anybody else. We are not trying to sell records or make money. Music should be what the musicians want, not the fucking public. We just want to prove that anyone can make a record. Record it on a cassette tape recorder, fuck your filthy 50-track studio. Make the sleeve yourself – it doesn’t have to be glossy or anything just something with the bands name on that’ll hold your record. Make it by yourself as much as much as possible it’ll have much more of you in it and the message will be much clearer. I mean, now can you take someone seriously if they have a million dollar big time recording contract?”