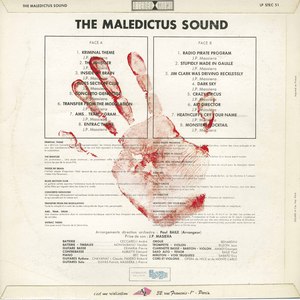 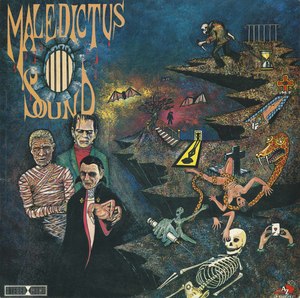 From Montréal, Canada, Les Maledictus Sound were a large instrumental ensemble that put out one album in the late '60s. The record was an odd melange of psychedelic rock, easy listening pop, orchestral arrangements, and some sound effects, dabbling in spots of classical, jazz, and whatnot. More of a novelty than inspired post-modernism, it was reissued on CD about 30 years later. The album is identical to the somewhat less widely known one credited to L'experience 9 called Freak Out Total, which bears a different title and cover art.
Richie Unterberger, All Music Guide

While in Canada in 1976, Jean-Pierre Massiera, recorded another experimental album under his alter-ego "Horriffic Child" entitled L'Etrange Monsieur Whinster.