Lewin, Philip John - Am I Really Here All Alone? 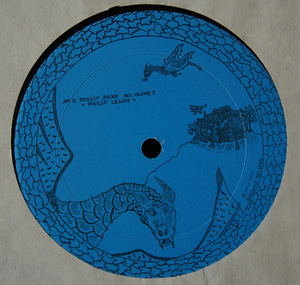 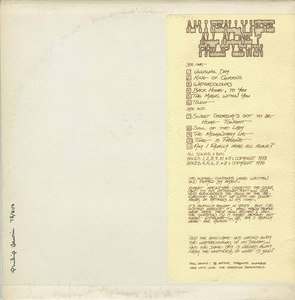 Philip John Lewin - Am I Really Here All Alone? 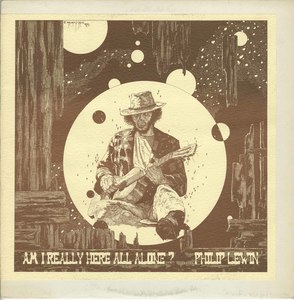 Philip Lewin was an American who grew up in Cortland, New York, USA and moved to the west end of Toronto, Ontario in the early seventies. It was in Toronto where he recorded and released his first of two all original LP’s in the mid seventies. The album “Am I Really Here All Alone” is a distinctive and personal recording of primitive and honest folk music, released on his own label, Gargoyle Records, and pressed at Quality Records, in a press run of 300 signed and numbered copies. Philip wrote the music, sang the songs, and played the rhythm guitar himself.

The song “The Magic Within You” was written Canadian magician Doug Henning. It was to be sung as part of a show he was planning to put on, but the show never happened. The Theme of the song is similar to a theme that Doug had talked about quite often in his public appearances.

The vinyl labels contain drawings of gargoyles drawn by Lewin himself were inspired by a house down the street from his home on Gothic Avenue.

Philip is currently in a cover band with his wife and plays in local venues, mostly for charities in southern Ontario. Phil still performs solo, playing his old and original material. He expects to record a new album of original material this summer.

This album is being made available exlusively for digital download by Phil Lewin and the Museum of Canadian Music for the very first time in 35 years. If you are looking for some unique and honest folk music, you will certainly enjoy this album.
-Robert Williston

“It’s awfully rough in spots, but I’ve enjoyed making it. How many people have made their own record? Now, the question is, Is There Anyone Out There Listening…Or, Am I Really Here All Alone?

And the Rain Came and Washed Away the Watercolours of my dreams….And the same day I’d walked away from the emptiness of what I’d seen!”
-Philip Lewin