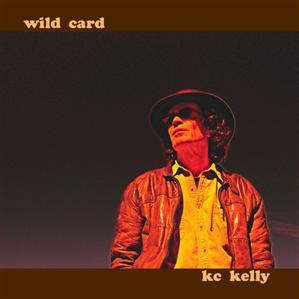 KC Kelly sings and plays folk blues and roots music, with brass bottleneck slide on the National steel guitar. An outstanding songwriter, guitarist, vocalist, and performer, Kelly has numerous albums and performances to his credit. After many years playing mostly electric guitar in various musical styles, in the mid 1990s he began playing acoustic guitar again, in open E tuning with slide. What started out as "therapy" evolved into the music he plays in concert today. He began writing his own blues songs, redeveloped his fingerpicking style, and around 1998 with his new steel guitar the sound really started to take shape.

Kelly has since lived and performed in Victoria, Salt Spring Island, Santa Barbara, New Orleans, and points in between. He now has three cds released, available at http://cdbaby.com/Artist/KCKelly, as well as three instrumental cds. His new cd Wild Card is a full production backed by a band and with electric slide as well this time, released in August 2009. After a long stretch of recording and building websites, Kelly is very much looking forward to more live performances!

"Wild Card's a winning cd for KC Kelly, a great album that will put a smile on your face. The vocals are clear and prevalent, and there is a true bluesy vibe, great guitar riffs and backup vocals"

"His voice and guitar are a pair of instruments that ring and slide together...a fine performer...a great slide guitarist"

"His guitar playing is prominent and worth a listen"

"a fabulous blues musician...a highlight and definitely a crowd favorite"

"bluesman with a delta feel...a consummate songwriter as well as instrumentalist"

This website showcases the songwriting of Kelly Cavanagh. The music is available for use in film/video etc. and as cover songs. The instrumental section has video examples of use as background music (see links), and the publishing section Demos has samples of different genres, ranging from studio productions to home demos. Go to contacts for licensing information. All songs ©Kelly Cavanagh ℗Homespun Music SOCAN except where noted.