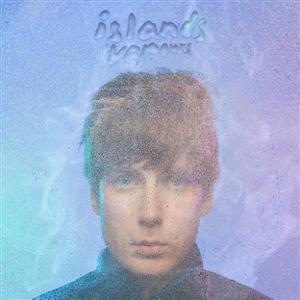 Coming on the heels of Islands' fabulously kooky debut, Return To The Sea, last year's Arm's Way was a dark, depressing disappointment. Many chalked up the turn in mood to the departure of founding Islander and former Unicorns member Jamie Thompson (a.k.a. J'aime Tambeur). Thankfully, Vapours, the Montreal band's third record, offers both the return of Thompson and the band's lighter side.

Vapours sounds like the record most expected Arm's Way to be — more confident and mature, but balanced by a playfulness. It's immediately evident from the opening drum beats of "Switched On." Even group mastermind Nick Thorburn (a.k.a. Nick Diamonds) sounds inspired again, having stripped back the band from a six-piece to a streamlined quartet.

Time will hopefully be kind to Arm's Way, as it wasn't a bad record, just a change in direction. But without Vapours, it's unlikely many of the fans who left the Islands' camp would ever return to find out.

Abstract
Vapours sees the return of original Islands drummer J'aime Tambeur, who took some time away from the band after their debut. It also features mastering from Greg Calbi (Grizzly Bear, Antony And The Johnsons), programming from Wolf Parade's Hadji Bakara, and production from Chris Coady (the Yeah Yeah Yeahs, Blonde Redhead, TV On The Radio). Nick Thorburn has said that it is more minimal than 2008's lushly orchestrated Arm's Way. It features shorter, more streamlined songs full of synths and drum machines. In addition to reuniting with Tambeur, Thorburn recruited Evan and Geordie Gordon from the band the Magic, completing Islands' reinvention after Arm's Way.

Login to rate this post The knock on 2008’s Arm’s Way was two words and one hyphen that no musician likes to see attached to his name: self-indulgent. It was probably a fair accusatory lob at Islands song-crafter Nick Thorburn, especially since the guy got blog famous on the back of brittle pop ditties about being a Unicorn, and Arm’s Way was a sprawling, bug-eyed epic of an album, one that eschewed easy hooks for dense instrumental flameouts. So, it’s not necessarily surprising that Thorburn has beat a hasty retreat to the open arms of the quirky pop he helped popularize this decade. That is to say, Vapours is an album that heralds a welcome return to form.

The most noticeable difference between Vapours and Arm’s Way is the length of the tracks here; nary a one hits five minutes, and the majority of them clock in at under four. Arm’s Way’s ambition had its charms, but in this format of three minutes and out, Thorburn’s pop chops shine. Wavering harmonies and choruses form the ecstatic peaks of “Disarming the Car Bomb,” the island-quiver of “On Foreigner” and the martial “Switched On,” while a delicate underpinning of longing adds layers the excellence of the title track and “No You Don’t.”

Death, both real and imagined, has always been a passenger on Thorburn’s musical outings (from his days in the ‘Corns to Reefer, Human Highway and Islands), but desperation, with a little drug use, takes over as the main lyrical motif on Vapours. There are dark alleys, big cities (perhaps related to Thorburn’s move to New York), being backed against a wall (“Shining”), struggling for control (“Everything Is Under Control”) and feeling pressured to deliver the musical goods (“I hope you don’t complain,” Thorburn sings on “Vapours”). But the darkness never kills the jocular, sing-along vibe that is set on the first track; Vapours even has an Auto-Tune screw-around session (“Heartbeat”). All told, though, you might not hear an album this year that is this grabbing and catchy and gloomy.

In certain respects, Vapours finally answers for the Unicorns’ Who Will Cut Our Hair When We’re Gone? Thorburn has spent the better part of six years trying to distance himself from his old band, first by doing afro-pop with hip-hop genre experiments (Return to the Sea) and epic psych rock (Arm’s Way). Maybe it’s the return of former Unicorn bandmate Jamie Thompson and the paring down of Islands’ line-up that led to the change, or maybe it's Thorburn’s willingness to go back to being poppy after his retro-leaning Human Highway project. Whatever it is, Vapours gives Thorburn fans what they’ve wanted for a while: a great album of pop bliss from a guy who for too long has avoided delivering just that.

Nick Diamonds' polymorphous pop band, Islands, is back with their third studio album, Vapours. The 2006 debut, Return to the Sea, found eccentric and mellifluous pop tunes performed with a cast of characters from Montreal's thriving music scene (including members of Arcade Fire and Wolf Parade), helmed by Nick Diamonds and Jamie Thompson. Thompson departed amicably from the group shortly after the album was released, and 2007's Arm's Way found the band turning in a new direction towards lushly orchestrated, guitar-driven prog-rock. Thompson has returned to the band for Vapours, a record that flits back and forth between moody synthesizers and drum-machine-heavy beats, while remaining firmly rooted in the classic pop sensibilities and multitude of melodic hooks that Islands is known for.