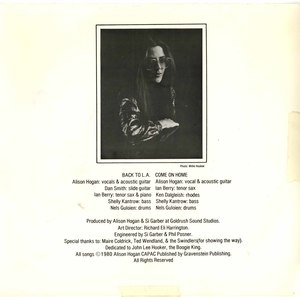 45-Alison Hogan-Back to LA BACK 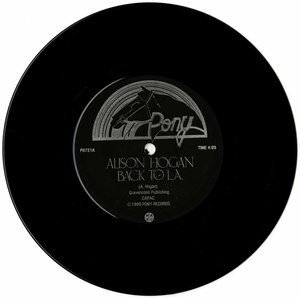 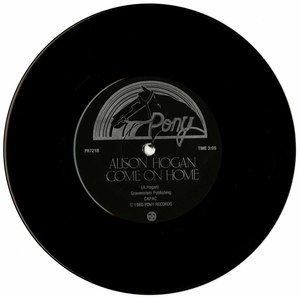 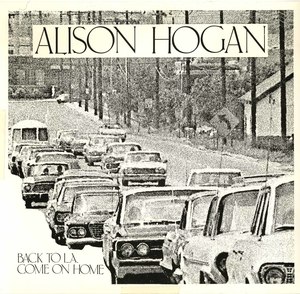 Back to L.A. b/w Come On Home (picture sleeve)

Before moving to Victoria to become an Island girl, Alison Hogan was part of the musical community in Vancouver. After learning the ropes in the Gastown coffeehouse scene in the early 70s, she landed gigs opening for Phil Ochs and Peter Yarrow at the Egress club on Beatty Street. She then took to the road and played venues and festival dates across Canada. After a couple of years of country life in the West Kootenays, she returned to Vancouver in 1978 and joined a quartet that became the somewhat notorious gypsy swing band called The Kitsilano Kat Kickers , who played the early years of the Vancouver Folk Music Festival and performed opening slots for the likes of Jose Feliciano and the late, great Stephane Grappelli. In the 80s Alison released a couple of indie cassettes, enjoyed airplay from song contest compilations and signed a publishing deal with Bruce Allen Music which resulted in a Japanese single (which she sang in both English and Japanese) of her award-winning song Another Girl. Since then she has had numerous indie cuts with country artists, including Angel In Your Eyes by Lynne Taylor Donovan , and Woman She Used To Be , which was seen on CMT as the debut video for BC bluegrass band Tumbleweed.