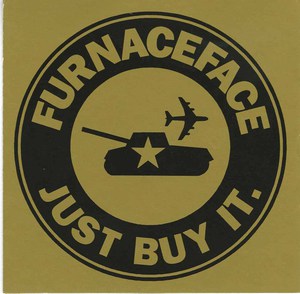 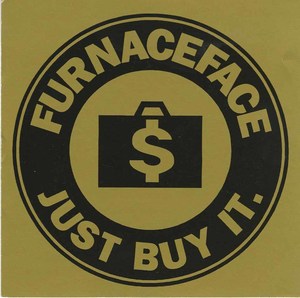 The 1990s were the beginning of a political and spiritual awakening for me. While most of my friends were getting ready to graduate from college and university, I was already well into a geeky career path in information technology. With a few years of corporate culture under my belt, I thought I had a pretty good handle on how the world really worked, but I was really only beginning to get a grasp on it.

The ongoing economic recession didn’t affect me personally (somehow I managed to land a job that gave decent annual pay raises), and that fact helped keep me somewhat clued-out to the fact that a New World Order was emerging under the label of neoliberal globalization.

Like many people, I breathed a sigh of relief with the fall of the Berlin Wall. I naively believed that it would usher in a new era of peace and cooperation around the world. In reality it was a green light for an emerging hyper-capitalism – the kind that took every opportunity to dismantle community and legitimate social institutions, pushing hyper-individualism (via massive propaganda campaigns) into the unsuspecting minds of the most privelaged of the world.

I was just another optimistic deadhead who thought that hemp and green technology would save the world. Right at the peak of my dimwitted deadheadedness, another deadhead friend introduced me to the music of Rage Against the Machine. Their first album had just come out and my friend was utterly thrilled and overwhelmed by it. I wish I could say I shared his excitement, but I just didn’t know what to make of it. Their consistent anger turned me off at first.

But I took the album into regular rotation in my car and before long I was getting to know the lyrics and banging my head in glee. I started to get the message: Wake up you sleepy-headed suburbinite and smell the empire that’s cooking your mind!

It helped that I happened to be reading a lot of strange and crazy out-of-print books at the time. It was just part of my ongoing review of counter-culture misfits, and while I was certainly interested in the history, it never occurred to me that I was being spoken to personally by the authors, artists and activists. It never really occurred to me that I was supposed to continue the quest for social justice, or that I was somehow responsible for the future.

Luckily I had a nasty habit for asking questions that couldn’t be answered easily. The more I learned about the world and the history of common people, the more I began to question the legitimacy of our social institutions. Ultimately one begins to wonder who these insitutions really serve and how legitimate they really are.

Now I am training a lad from India to do my job. Globalization has come home to roost for me. Soon he will take my knowledge and skills back home and earn rupees (against my dollars) to do the same meaningless tasks. I hold no ill-will against him. In fact I wish him well. This poor lad once worked 36 hours in a row so that a special project could be completed. He assumed his sacrifice would be rewarded. It was. He received a monthly raise of 300 rupees = $6.74 CDN for his efforts. How nice for him.

Despite what we are being sold from the media whores who masquerade as journalists, globalization is not bringing good jobs and benefits to the poorest of the world, it is simply a race to the bottom on a very slippery slope where even the most educated are afraid to challenge the status quo, because their job can be outsourced at a moment’s notice. Instead they allow their corporate masters to trample their civil rights with impunity.

In these times of economic uncertainty it seems rather obvious to challenge the neoliberal dogma of hyper-capitalism, but how many people were doing this in the early 1990s? I can’t think of any so-called progressives (in the mainstream media anyway) who were willing to criticize the Clinton administration. They all thought he was far too groovy to be a whore for capitalism and globalists. But that’s what he was.

Despite being an easy target for angst arising from The Bailout Blues, George W. Bush’s worst contribution to the current economic mess was his failure to undo the final deregulation (of 1930s depression-era financial legislation) ushered in by Bill Clinton.

While most of the musical world was lining up to perform at Clinton’s innaugurals, others saw through the facade and continued to challenge the same old Amerikkkan empire that had always been there, regardless of who the president was.

Canada had its own quirky brand of anti-establishment rhetoric, one that often used oddball humour to make its point. Much of this was born out of Ottawa, the nations capital and home to political and corporate whores alike. Biting satire filed the pages of Frank magazine every week, and punkish sounds filled the clubs at night.

On their second album, Just Buy It [1992], Ottawa punkers Furnaceface combined an absurd sense of humour with clever genre-busting musical maneuvers into a fun, anti-establishment package that was so entertaining, you couldn’t help but be inspired to political action.

The title track says it all. But it’s the comedy of songs like Government Cheque and the story line of While My Dad Gently Weeps that help keep this album in regular rotation for me. The genre-buster, Shakey Thing, sounds a bit like the Beastie Boys chanelled by MC 900 ft. Jesus. “If I can’t dance, I don’t want any part of your revolution…”, or something like that.
-The Basement Rug