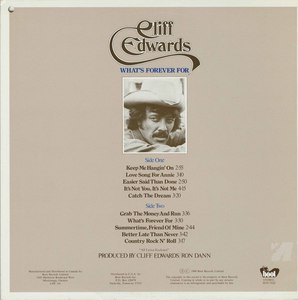 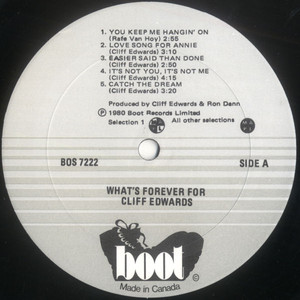 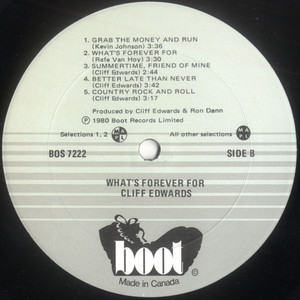 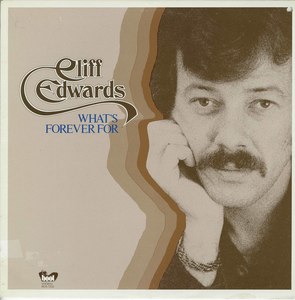 Singer Cliff Edwards first came to fame in the early '70s after he, along with his wife Anne Edwards, formed a group in 1965 in Montréal, Québec, Canada, called the Five Bells. It later became known simply as the Bells. Other members included Michael Waye, Dennis Wills, Doug Gravelle, Frank Mills, Jackie Ralph, Mickey Ottier, and Charlie Clark. With the Bells, Edwards found success in both Canada and the United States. A 1971 single, "Stay Awhile," hit the charts and sold successfully worldwide.

Edwards began doing some solo work in 1972. When his group fell apart a year later, he was ready to pour all of his efforts into his own recordings. A long line of enjoyable singles were completed through the decade and into the next. Some of those singles are "She's My Woman," "Keep Your Hands Off," "There's a Fire Burning Still," "Singer of Songs," "What's Forever For," "Easier Said Than Done," and "Grab the Money and Run." There were also a few albums, most sticking with the kind of pop/rock Edwards normally offered fans, and one even crossing over into the country genre.
-AMG