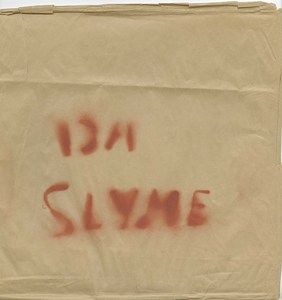 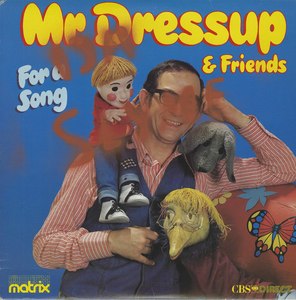 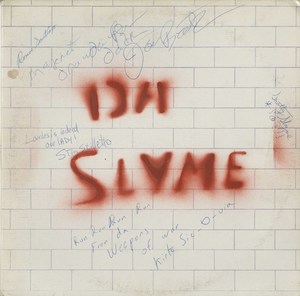 Da Slyme were from St. John’s, Newfoundland and were Newfoundland's first punk rock band. They formed in 1977 and cut this album 3 years later, although some of the recordings were from 1978.

Apparently only 10 copies of this album were distributed outside of Newfoundland. It is not known how many were distributed within Newfoundland, but it is likely that less than 200 were made in total, and only a handful have survived the drunken Piss-eyed sleazoid beerfests.

The album was released in 1980 and was comprised of 2 lp’s (first punk 2lp released in Canada); one studio, one live, as well as extensive DIY style liner notes. After cutting the lp’s, Da Slyme ran out of cash so they went down to the local Salvation Army, bought some cheap albums for 25 cents each, spray painted the covers and housed the albums in a brown paper bag cover. Some of the albums that they spray-painted were Mr Dressup, Pink Floyd, Chris DeBurgh, Carlton Showband, Donna Fargo, The Bell Jubilee Sound, and Kris Kristofferson. (MoCM owns the Pink Floyd, Mr. Dressup and Kris Kristofferson copies). This particular copy shown is somewhat unique, likely one of only a couple signed by all the band members: The music itself is raw punk, ska, reggae, etc.

Da Slyme released an album of previously unreleased material (recorded at the Admiral Keg in 1984) on CD and it is available on their website. It’s a lot cheaper than trying to obtain a copy of this obscenely rare and important historical artifact of Canadian Punk rock history.
-Robert Williston