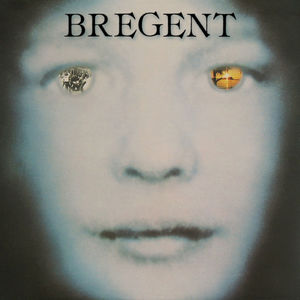 Brothers Michel-Georges (keyboards) and Jacque Brégent (vocals) started their own rock group with two saxes, where they illustrated musically the texts of XXth century French-speaking poets (like Baudelaire, Verlaine and Villon) but also some of the more revered "Chansonniers" Léveillé and Leclerc and semi-anarchist Léo Ferré. Jacques sang those texts with great liberty of adaptation, being very dynamic ranging from whispering to yelling with a great voice. Their sonic illustrations were fairly dramatic, jazzy, gothic, sometimes fraying into free-jazz improvs, unique, inventive (at the time, but still sounds quite uncommon today) and dare I say it: progressive. They released their first album in 72 called enigmatically Poussières Des Regrets (dust of regrets) where Ferré's Dieu Est Nègre (god is nigger) is the centrepiece is at times stupendous. The whole album is filled with impressive compositions that sounded quite innovative for the times.

The group kept on for a while, until the mid 70's when Michel Georges teamed up with then-relatively unknown Vincent Dionne (a brilliant percussionist at ease in all sorts of music) and founded the superb DIONNE-BREGENT duo, first sounding like TANGERINE DREAM meeting NEU! and then with their second like Mike Oldfield.

It is only after this collaboration ended that the brother reunited the group in 79 (although there were no saxes this time, but with Vincent Dionne on percussions) to record their second Pour Partir Ailleurs (for going elsewhere) which repeated the formula of their first album, this time making emphasis on Leclerc (who had become Quebec's soul and an icon only rivalled by the older Gilles Vignault), even if the album is rockier, but stays very progressive with dark and haunting atmospheric moments and elsewhere pointing to avant-prog. This second album got a recent reissue with ProgQuebec, as probably will their first one soon. Michel Georges went on to compose electro-acoustic modern classical music for much of the 80's before sadly leaving us in 93.