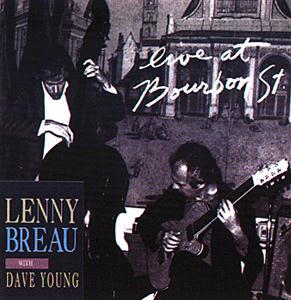 The late Lenny Breau, an underground hero, is considered such a masterful guitarist by his admirers that it somehow does not seem surprising that the Guitarchives label was started specifically to release his music. This two-CD set (which was put out in 1995) contains a previously unreleased duet concert from 1983 featuring Breau and bassist Dave Young. The music (full of close musical communication) is subtle and quiet yet consistently inventive. It is obvious after a few minutes of listening that Breau had complete control of his guitar and an original voice of his own. Although most of the repertoire is standards (with just two fairly basic originals), there is little predictable about the playing. Highlights include Breau's interpretations of "There Is No Greater Love," "All Blues," McCoy Tyner's "Vision," "Beautiful Love," and a cooking "There Will Never Be Another You," but all 17 performances have their rewarding moments. Overall, this two-fer gives one a definitive portrait of the nearly forgotten legend. ~ Scott Yanow